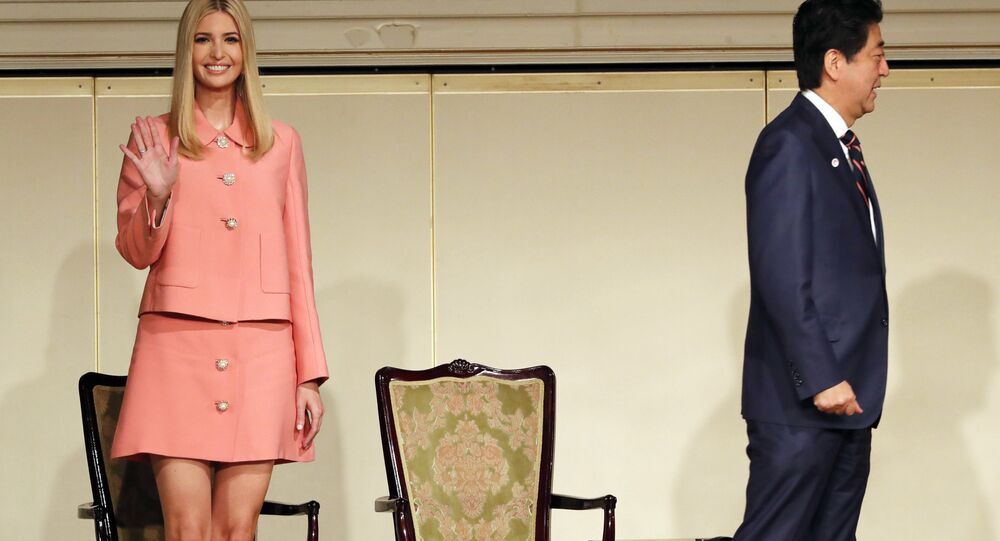 In a first for Tokyo, a highly-trained all-female security team was assigned to follow first daughter Ivanka Trump during her visit to Japan to tout gender empowerment causes that coincides with her father’s November 5 arrival in the country.

Attired in simple black suits reminiscent of the US Secret Service, the crack team — an elite female squad put up by the Tokyo Metropolitan Police Department — has been shadowing the first daughter as she makes her rounds of the island nation.

According to reports, the presidential daughter is considered something of a fashion icon in Japan, and large crowds are expected to congregate at her public appearances, cited by the Asahi Shimbun.

"We opted for a more cultivated look to suit the occasion," an unnamed officer associated with the security of the upcoming US visit said in response to inquiries about riot police gear and SWAT team tactics ordinarily used by local police departments in the US.

The president's daughter — considered to be one of his closest advisors — spoke at the World Assembly for Women on Friday, November 3, and did not mention her notoriously famous father by name during her brief address.

The first daughter's short speech was revealed by the venue to have been given to an over half-empty hall, and it was noted that the many deserted rows were reminiscent of the strikingly low turnout for her father's January inauguration, cited by the South China Morning Post.

US President Donald Trump, and his wife Melania — Ivanka Trump's mother-in-law — will arrive in the country on November 5 for a three-day state visit.

He May Be the President But I Still Tell Him Off When He Is Wrong, Says Ivanka