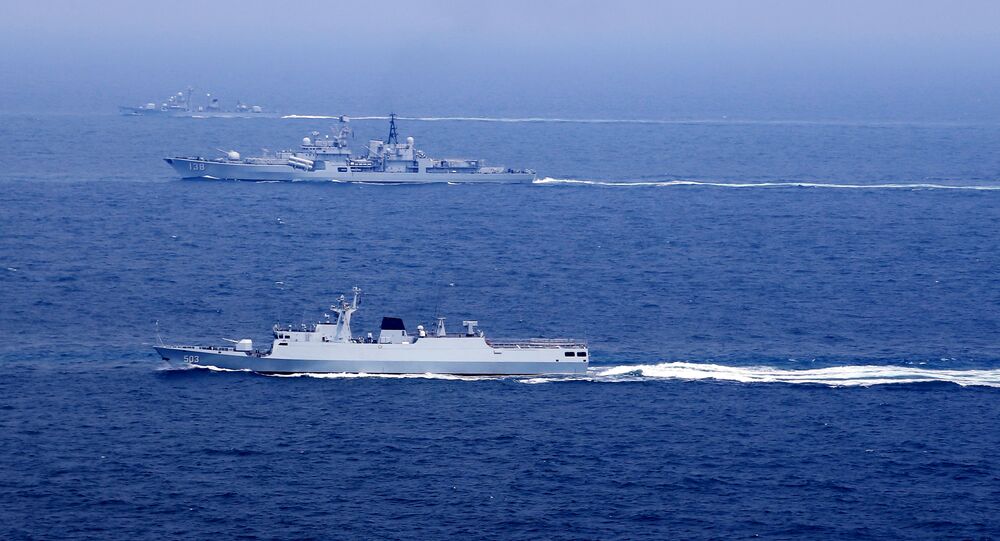 This week, China and members of the Association of Southeast Asian Nations (ASEAN) held their largest-ever joint maritime rescue drills. Dmitry Mosyakov, who specializes in Southeast Asia, noted to Sputnik that it coincides with the 50th anniversary of the bloc's founding and is aimed at limiting US influence in the region.

Dmitry Mosyakov, director of the Center for Southeast Asia, Australia and Oceania at the Institute of Oriental Studies, also noted that the exercises came ahead of ASEAN's 31 Summit, which is set to take place in the Philippines later in November.

He therefore suggested that the Summit might reveal a new level of confrontation between the US and China in the region.

"China understands only too well that the US will do their utmost to try to turn the countries of Southeast Asia if not into their puppets then into their allies. Hence Beijing is trying to make certain preventive steps and to demonstrate that it is ready to expand the spheres of its cooperation and to find a solution to serious issues," Mosyakov told Sputnik China.

He further surmised that while the conflict in the South China Sea [a territorial dispute between China and a number of its regional neighbors] has somewhat eased, the regional powers are trying to find compromises. He cited as an example the agreement between China and ASEAN on South China Sea code of conduct. China has made certain concessions which allowed the document to be sent for further ratification.

Among such concessions, the expert pointed out China's permit to Philippino fishermen to enter Scarborough Shoal, also known as Huangyan Dao Reef.

The joint military exercise therefore demonstrated China's readiness to go further and expand the spheres of its cooperation with its neighbors.

The drills, which were held on Tuesday, simulated a collision between a Chinese passenger ship and a Cambodian cargo vessel off the coast of South China's Guangdong Province, and involved about 1,000 rescuers aboard 20 ships as well as three helicopters. It involved seven countries in the region, namely China, Thailand, the Philippines, Cambodia, Myanmar, Laos and Brunei.