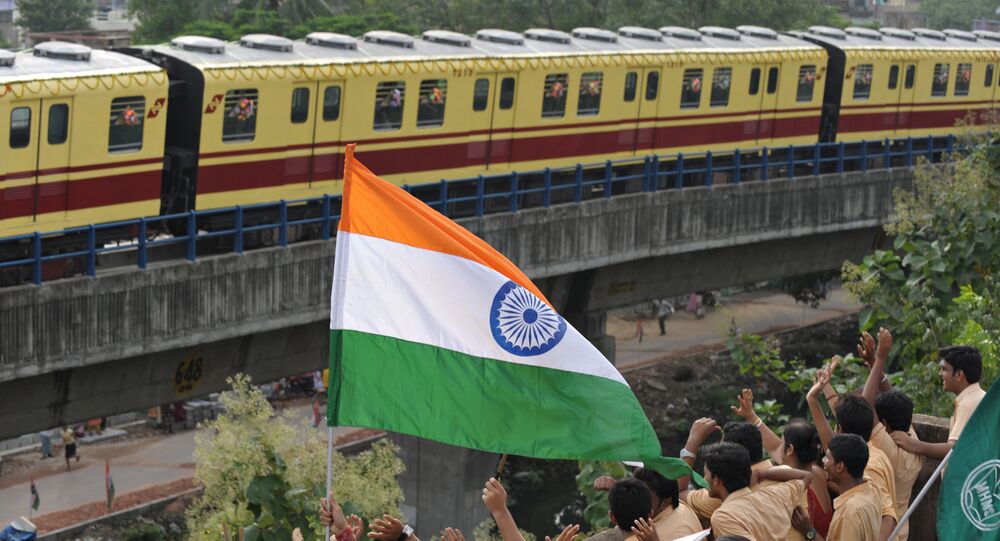 The advanced coaches supplied by China Railway Rolling Stock Corporation Limited to the metro train system in Kolkata are designed for speed and security. Similar coaches are being provided by the company to metro train systems in Nagpur and Ahmedabad.

New Delhi (Sputnik) – Trade between India and China remains unaffected by the recurrent tension at the border.  India’s eastern state of West Bengal has expedited the purchase of advanced train coaches from China Railway Rolling Stock Corp. Ltd. Kolkata, the first city to adopt metro trains in India, will start receiving such coaches from February next year. Famous as the ‘City of Joy’, Kolkata currently has metro commuters travelling in non-air conditioned coaches.

​China Railway Rolling Stock Corp. Ltd had won the tender to supply 112 coaches at a cost of approximately $110 million in 2015. The company had promised advanced coaches that will provide real-time footage of coaches to the driver, who would be able to act swiftly in the event of any disturbance. Kolkata Metro has a ridership of over 650,000 commuters on a daily basis.

READ MORE: India to Get Its First Japanese-Modeled Bullet Train by 2022

Earlier this year, the Chinese firm set up a joint venture unit in India’s northern state of Haryana to manufacture and repair locomotive engines with a total investment of $63.4 million. The Chinese side holds 51% of the share in the joint venture.

“It will also provide technology support to India’s rail system, and supply electric transmission systems to oil drilling, wind power generation and mining equipment production in India,” the company said in a statement.

The firm is also the first foreign company to set up assembly line of rail transportation equipment in India after Prime Minister Narendra Modi unveiled his ambitious ‘Made in India’ campaign in 2014.