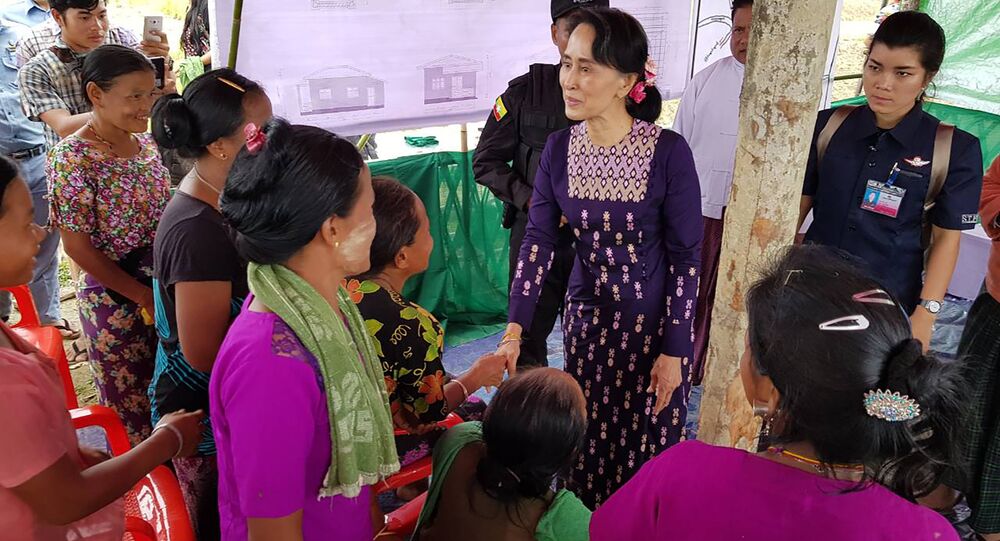 'Bad Consequences': Myanmar Warns Washington That Sanctions May Cause Havoc

It seems that US Secretary of State Rex Tillerson's visit to Myanmar in mid-November will come amid strained ties between the two countries.

The looming US sanctions against Myanmar's military over the Rohingya crisis will have far-reaching consequences, according to a spokesperson for the country's State Counsellor Aung San Suu Kyi.

Zaw Htay was quoted by Reuters as saying that apart from preventing Myanmar's government from sharing power with the military, the possible sanctions may be also fraught with economic repercussions.

"We need internal stability to improve the country's economy. Imposing international sanctions directly affects the people in travel and in business investments, and there are many negative consequences," Htay said.

© REUTERS / Hannah McKay
Regional Pressure, Not Sanctions Vital to Making Myanmar Act Responsibly
He added that Myanmar's stance on the matter would be clarified during US Secretary of State Rex Tillerson's visit to the country, scheduled for November 15.

In late October, State Department Spokesperson Heather Nauert said that the US is withdrawing military assistance programs for Myanmar units and officers "involved in operations in northern Rakhine State."

Following the attack, the Myanmar army launched a brutal crackdown, which led to a number of clashes and the death of hundreds of Rohingya people. At least 604,000 Rohingya Muslims have already fled Myanmar, crossing into neighboring Bangladesh, according to the International Organization for Migration (IOM).