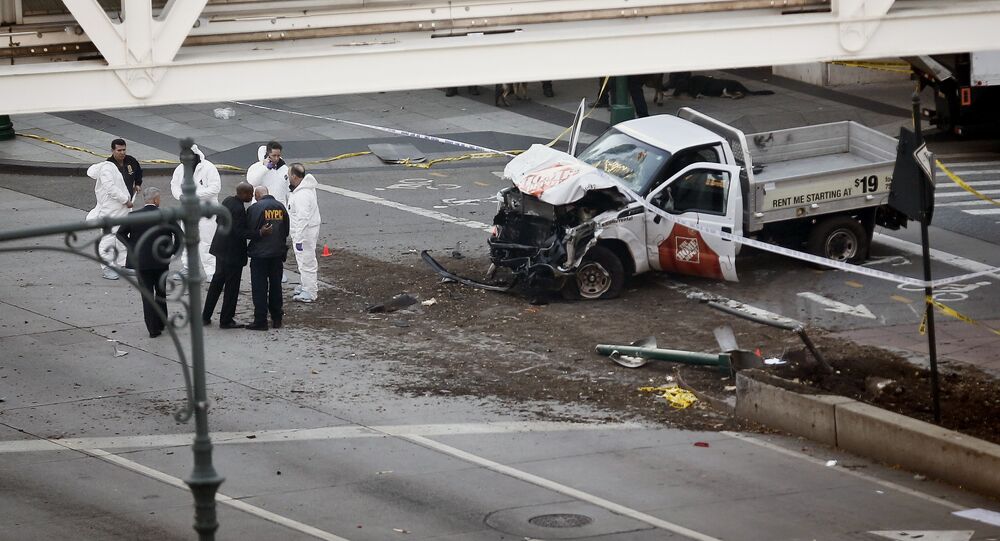 In the wake of the deadly terror attack in New York, Indian Prime Minister Narendra Modi and US President Donald Trump spoke resolved to jointly tackle terrorism with renewed determination.

New Delhi (Sputnik) —  Offering his condolences to the victims of Wednesday’s NY terror attack during a telephone conversation with President Trump, PM Modi reiterated his commitment to the bilateral fight against the global terrorism.

Moreover, the White House also confirmed in a statement that "the two leaders agreed on the further promotion of the bilateral antiterrorism fight”.

Earlier in a tweet, the Indian Prime Minister condemned the recent attack which is being described as the deadliest in New York since 9/11.

Strongly condemn the terror attack in New York City. My thoughts are with the families of the deceased & prayers with those injured.

Meanwhile, according to Pakistan’s leading English daily The Dawn, the US has reportedly shared with Pakistan a list of 20 terrorist groups that Washington believes are operating from Pakistan soil to target India and Afghanistan.

Meanwhile, the previous attacks on Barcelona, Spain in August, the London Bridge in June, and the Berlin Christmas market last December also featured an automobile as the primary tool for inciting mayhem.

US, Europe Conspired to Derail India-Russia Cooperation on Cryogenic Technology

India Limits Use of Professional Lobbying Firm to Influence US Policymakers