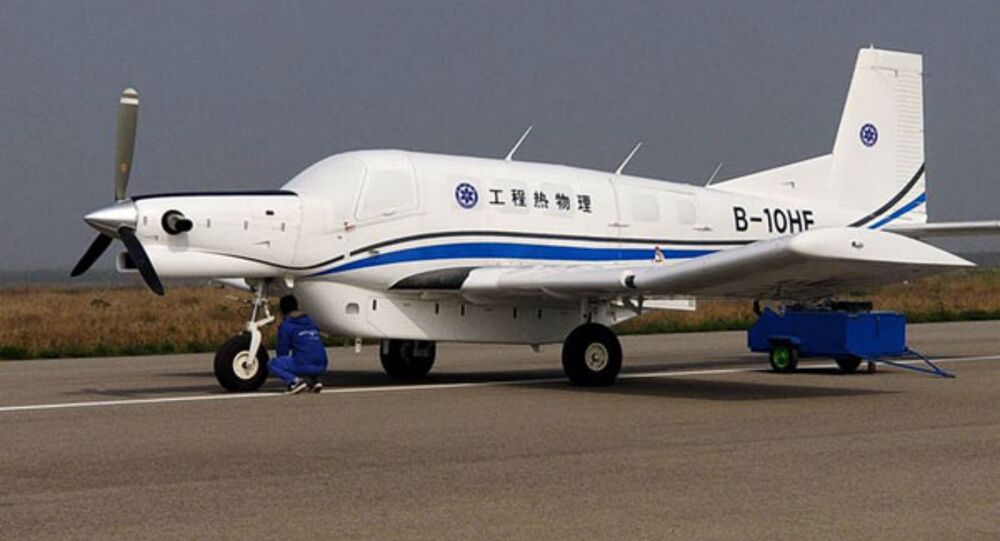 This unmanned freight aircraft, named AT200, was co-developed by the Institute of Engineering Thermophysics of the Chinese Academy of Sciences and other institutes. It performed well in the 26-minute test flight in Pucheng, Northwest China's Shaanxi provinceon, on Thursday.

According to the research and development team, the AT200 is equipped with a advanced control system, which makes it easier to manipulate the aircraft and reduce the freight cost.

Key technical breakthroughs have been achieved during the development and manufacturing of the plane, which is able to fly at 313 kilometers per hour for about eight hours.

The AT200 is also capable of taking off and landing in rough terrains, such as mountains and islands. The research and development team said they are working to put AT200 into commercial operation soon.