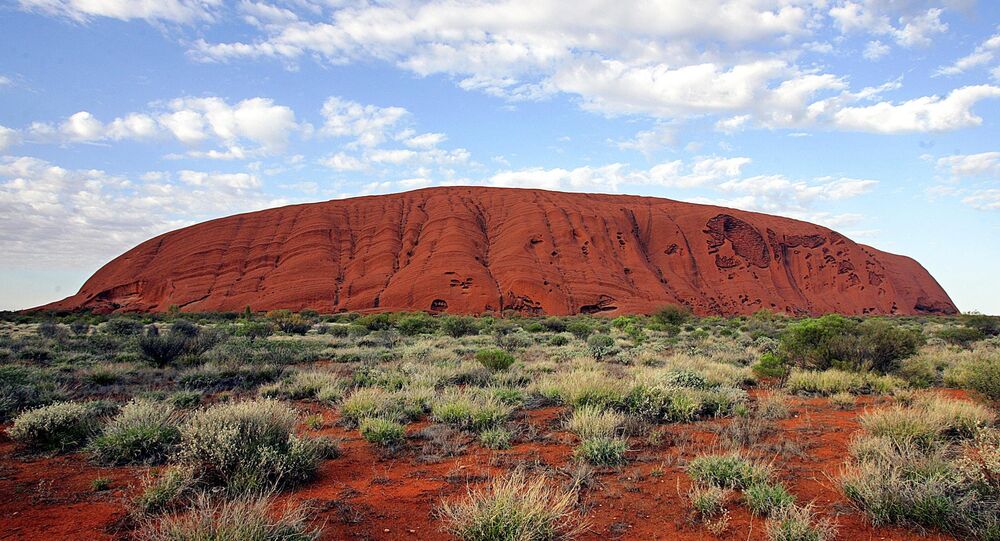 Australia to Ban Climbing on Iconic Uluru Rock in 2019

Board members of the Uluru-Kata Tjuta National Park unanimously voted Wednesday to officially ban trekkers from climbing Australia's infamous Uluru site out of respect for the Anangu indigenous community.

"This decision has been a very long time coming and our thoughts are with the elders who have longed for this day but are no longer with us to celebrate it," David Ross, director of the Central Land Council, said in a statement.

Uluru, also known as Ayers Rock, is considered by Aboriginal Australians to be a sacred men's site that marks the traditional route ancestral Mala men took during the "creation time."

​"Some people, in tourism and government for example, might have been saying we need to keep it open, but it's not their law that lies in this land," Sammy Wilson, a member of the council, said in a statement. "It is an extremely important place, not a playground or theme park like Disneyland."

© Flickr / Feans
Mother Nature: Tour to World's Most Stunning National Parks
15
"Over the years Anangu have felt a sense of intimidation, as if someone is holding a gun to our heads to keep it open. Please don't hold us ransom. This is a decision for both Anangu and non-Anangu to feel proud about," Wilson added.

The giant sandstone rock formation, listed as a UNESCO world heritage site, will be off limits to climbers from October 26, 2019, a day which also holds an immense amount of historical significance. It was on this day in 1985 that the Australian government returned ownership of the site to the Anangu people. However, as part of that agreement the Anangu community had to lease Uluru back to the government to ensure the public would still have access to the area, according to Australian Geographic.

Though signs at the base of Uluru do inform tourists to not make the climb, it has never been enough to deter some.

​Since the announcement of the ban was made, travelers have cheered on the ruling on social media — some even showed remorse.

​According to the council, roughly 16 percent of visitors made the climb between 2011 to 2015.

Letter From Pyongyang Is 'Potential Opportunity for Australia to Reach Out'