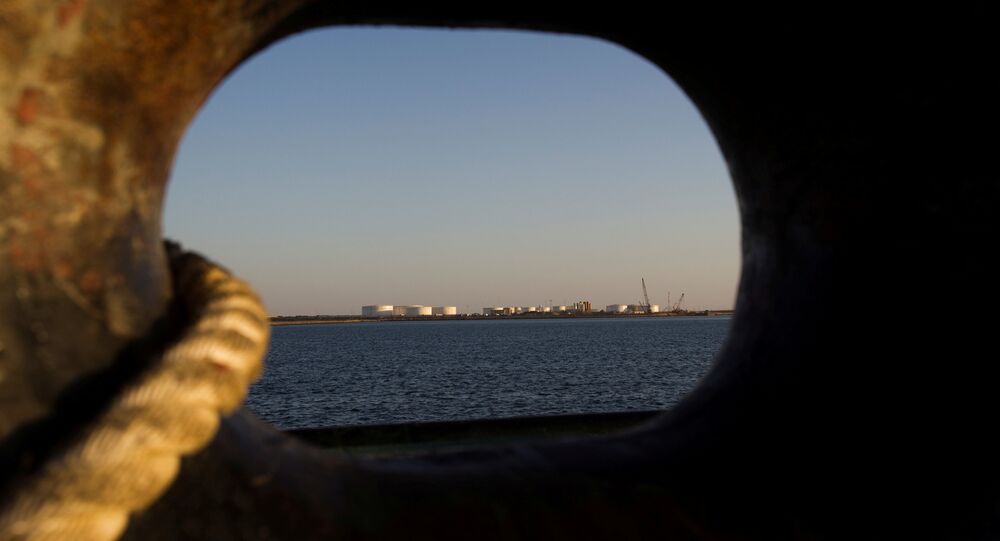 India has sent off its first consignment of goods to Afghanistan bypassing Pakistan via the Chabahar port in Iran which in the long run will give India access to Russia and Europe as well.

NEW DELHI (Sputnik) — India has formally started using the Chabahar port to transport goods directly to Afghanistan without transporting them through Pakistan. By shipping off the first consignment of wheat to Afghanistan via the Chabahar port, India's External Affairs Minister Sushma Swaraj has sent a strong message that India does not need Pakistan to provide a passage for its goods to reach Afghanistan. By establishing an alternative and robust trade route, India has also reinforced its commitment to building closer ties with Afghanistan.

The Indian consignment, comprising 1.1 million tons of wheat has already left Gujarat's Kandla port, will reach Iran's Chabahar port and from there it will be taken to Afghanistan by road.

"I believe that this is the starting point of our journey to realize the full spectrum of connectivity — from culture to commerce, from traditions to technology, from investment to IT, from services to strategy and from people to politics," Indian Foreign Minister Sushma Swaraj said after jointly launching the initiative with Afghan Foreign Minister Salahuddin Rabbani through a video link.

I congratulate Afghanistan & Iran on Indian wheat shipment being flagged off from Kandla to Afghanistan through Chabahar.

Experts are of the opinion that the Chabahar port would open vast commercial links not only to Afghanistan but the entire Central Asian region, hence establishing India as a formidable competitor to Chinese trade interests in the region.

"Launching of a new trade route by India to connect Afghanistan and other oil-rich Central Asian countries has immense geopolitical significance. It will definitely give India a strategic edge in the region and open vast commercial links. In fact, the Chabahar port could be India's reply to Gwadar port which is being developed by China to get access to the Central Asian markets. In the long run, the Chabahar port could also be useful for India to check Chinese influence in the region," Security expert, Qamar Agha told Sputnik.