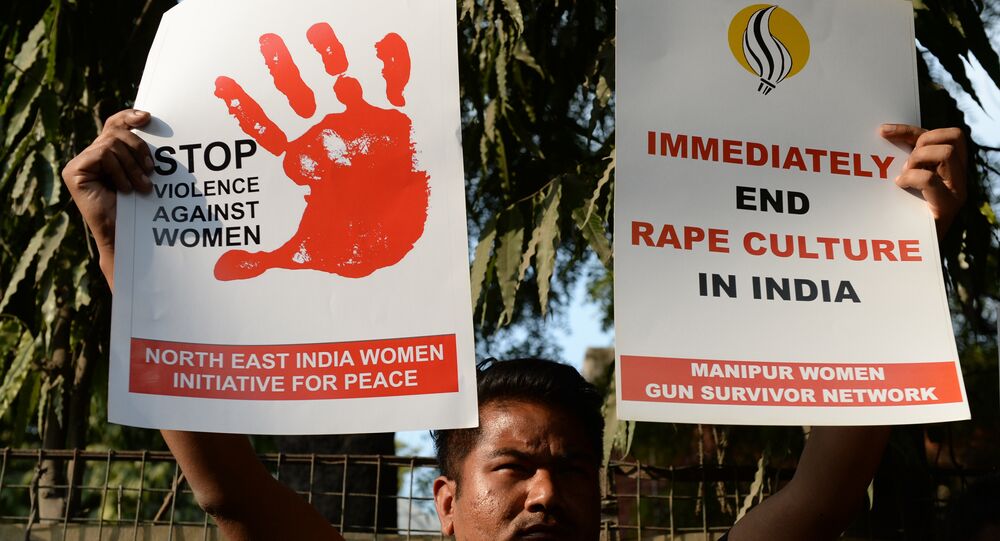 The rapist, a youth from India’s northern state of Uttar Pradesh has been arrested and booked for rape and murder while common people are pouring out their disbelief and condemnation on social media and other platforms.

New Delhi (Sputnik) — In an atrocious incident which has put another black stain on India, a 100-year-old woman died on Monday after being raped by a youth in Jaani village in the Meerut district of Uttar Pradesh. The rapist has been identified and arrested.

© REUTERS / Brendan McDermid
Actress Natassia Malthe Alleges Harvey Weinstein Raped Her in London Hotel
The victim who lived with her brother was sexually assaulted inside her house by Ankit Punia who was returning home drunk after attending a wedding. After committing the dastardly crime, he tried to escape when the victim cried out, her brother who was sleeping in another room and some of their neighbors were alerted. They immediately rushed to the spot of the crime and nabbed the culprit. The culprit was later handed over to the police.

100 year old woman raped in UP's Meerut. Dead.
Is anybody safe in the state anymore?

Police officials later confirmed that the woman died of injuries she had sustained during the incident. The perpetrator has been booked for the double crime of rape and murder.

When a 5year old child & a 100 year old woman get raped & they die I think it’s fair to ask for Capital punishment for Rape. #disgusted

The incident has triggered sharp reactions from social activists who argue that such a shameful act is yet another reminder of the blatant disregard Indian society has for women.

"The incident is shameful for everyone but the fact remains that when we are not promoting respect for women in family and society, how can we expect our growing children to imbibe respect for females," Richa Joshi, head of the Uttar Pradesh Mahila Manch, a Meerut based organization working for distressed women told Sputnik.

She was of the opinion that anti-rape laws will not act as a deterrent unless the equal rights of women are established.

"Laws have failed to be a deterrent because the fear of law and respect for social norms can only be nurtured if we teach growing men that women are equal partners in society with equal rights. While ensuring stringent punishment for rapists it is also required for us to know where we are failing as a society or else such incidents will keep on occurring and shaming us, she added.

Meanwhile, the incident witnessed an outpour of disbelief and condemnation on social media with some people demanding the death penalty for the assailant.