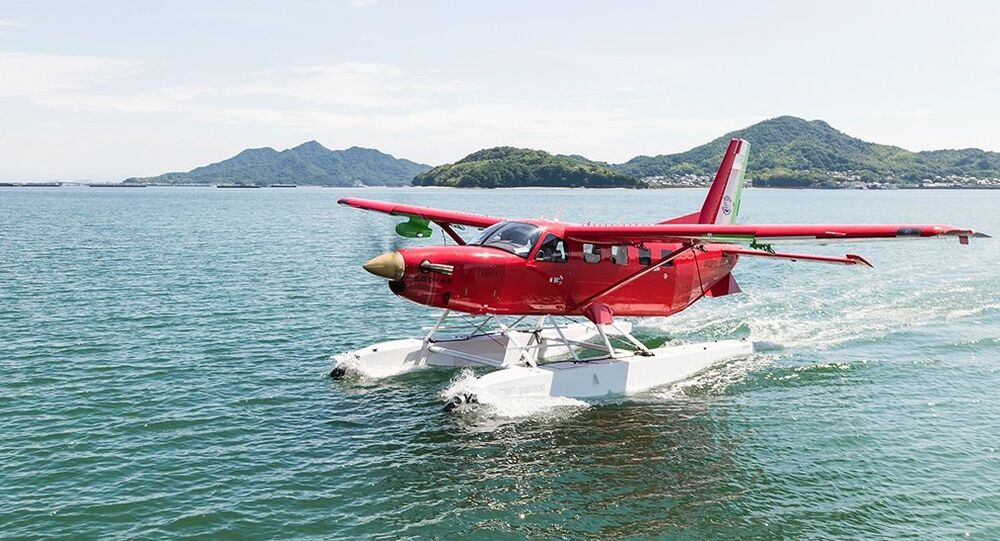 India's SpiceJet is in talks with Japan's Setouchi Holdings Ltd to purchase 100 seaplanes, the trial of which is to begin soon. Russian firm Beriev has also made a similar offer which is awaiting government clearance.

NEW DELHI (Sputnik) — Seeking to reap benefits from the Indian government's amphibious plan to make air travel accessible to its middle-class population, Russian and Japanese manufacturers have offered to sell their seaplanes to India. The amphibious planes would go a long way to solving India's connectivity issues in the hinterlands where existing infrastructure does not support the landing of aircrafts.

The manufacturers have also proposed adopting the 'Make in India' route to locally manufacture the seaplanes in collaboration with Indian manufacturers if the contract value allows them to do so. Meanwhile, India has agreed to a trial of a Japanese seaplane. The trial is scheduled to start by the second week of November in Nagpur in the state of Maharashtra.

The Russian firm Beriev has also expressed interest in supplying 50-seater amphibious planes. India's Minister of Shipping Nitin Gadkari said that the proposal is at the initial the stage and it may take some more time due to various regulatory clearances.

"India has a huge potential in seaplanes that can overhaul connectivity. A Russian firm has approached us to supply 50-seater amphibious planes which have multiple uses, from passenger and cargo transportation to firefighting, rescue and defense operations," Nitin Gadkari said.

India's budget airline SpiceJet is already in talks with Japan's Setouchi Holdings Inc. to buy about 100 amphibious Kodiak planes that can land anywhere, including on water, gravel or in an open field. It is expected that the trial run of the plane will be conducted successfully from Nagpur and if everything goes right, including government clearances, the Japanese firm will able to bag contracts of at least $400 million from SpiceJet.

The Indian government aims to provide air connectivity to the 97% of 1.3 billion people who never travel on an airplane at a cost below a taxi fare per kilometer. Currently, the country has only 72 designated airstrips that handle commercial flights. Narendra Modi's government needs to build more than 350 airports- small & medium size- to cater to the demands of the aviation sector which is growing at a rate of approximately 16 percent and will become the world's third-biggest aviation market by 2036. Airline suppliers expect the country needs at least 200 smaller size airplanes amounting to $5 billion in the next ten years alone. But, sensing the market opportunities at smaller cities across India, the airlines do not want to wait for time-consuming infrastructure development work and want to connect tourist places in hinterland through seaplane having capacities of 15-50 passengers per plane.

"We want to encourage seaplanes. A small nation like the Maldives has a fleet of 47 seaplanes but India, despite vast potential has none. I urge industrialists in the area to come to India. Here there is potential," Gadkari concludes.