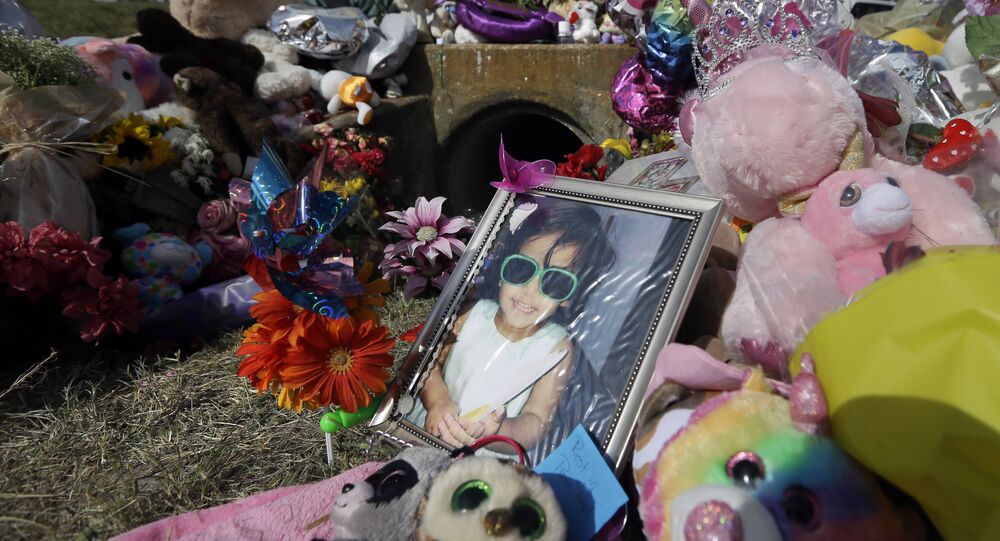 India's Foreign Ministry has asked the country's Women and Child Development Minister to investigate possible negligence in the adoption of three-year-old Indian baby girl Sherin Mathews who was recently found dead under mysterious circumstances near her foster home in the United States.

New Delhi (Sputnik) — Her foster father has been accused of murdering and trying to dispose of her body.

The alleged murder of a three-year-old baby girl by her foster father in the United States has forced the Indian government to once again examine whether its adoption procedures are strict enough as the girl was adopted from an orphanage in India's eastern state of Bihar.

The country's Foreign Minister Sushma Swaraj has reacted to the accident by requesting the Indian Ministry for Women and Child Development to investigate it.

​The Indian government has also directed Indian Consul General in Houston, Anupam Ray to ensure that the murder of Sherin Mathews is thoroughly probed.

I have also asked Shri Anupam Ray @cgihou to ensure that the murder of Baby Saraswati @ Sherin Mathews is taken to a logical conclusion.

​Sherin's body was found in a culvert under a road after she went missing on October 7.

© AFP 2021 / Chandan Khanna
'My Father Will Kill Me at Any Time': Indian Woman in Video Released by Activist

Sherin Mathews had been living in an orphanage run by Mother Teresa's Missionaries of Charity in the Nalanda district of Bihar before she was adopted by US citizens Wesley Mathews and Sini Mathews on July 8, 2016.