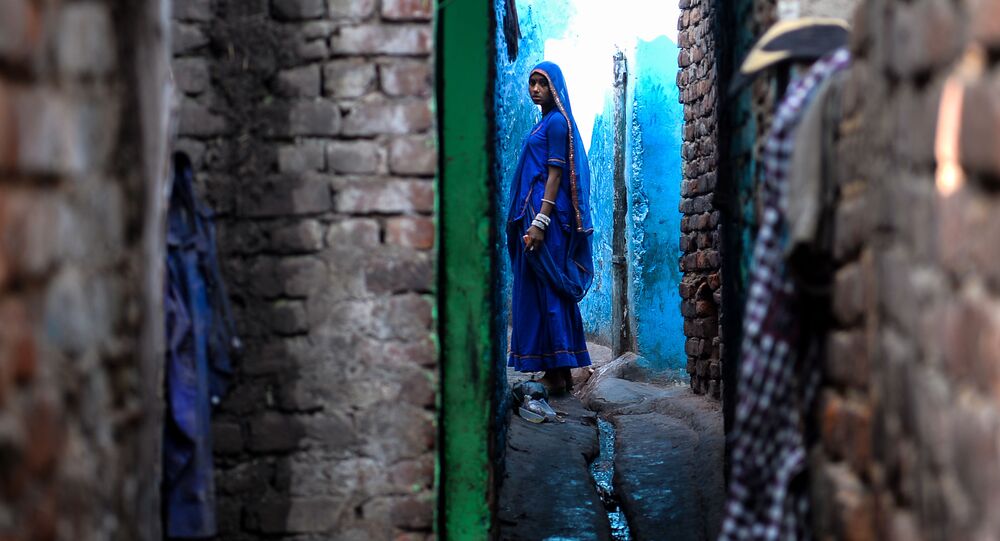 'My Father Will Kill Me at Any Time': Indian Woman in Video Released by Activist

Hadiya, originally Akhila Ashokan, is an Indian woman who was born Hindu but converted to Islam to marry her lover. She was placed under house arrest after she was forcibly separated from her husband following the Kerala High Court’s ruling that their marriage was a case of ‘love jihad’ (religious conversions in the name of marriage).

New Delhi (Sputnik) – Hadiya has alleged that her father has not allowed her to step out of the house ever since she was forcibly taken back from her husband. She says she fears for her life as her enraged father often beats her and kicks her forcibly in her vital organs.

“You need to get me out. I will be killed anytime, tomorrow or the day after, I am sure… I know my father is getting angry. When I walk, he is hitting and kicking me…” the Indian woman's words in a viral video have created a huge stir in India’s civil as well as political circles.

Spoke to Kerala State Human Rights Commission abt #AkhilaHadiya;Requested them to visit her house & talk to all 3- Ashokan, Ponnama, Akhila pic.twitter.com/1zFIUpqo41

After the video, recorded by women’s rights activist Rahul Easwar, was shared on social media, human rights organizations sounded the alarm, questioning the government’s failure to commit to protecting the rights and dignity of women in the country.

Hadiya had first gained media attention after right-wing Hindu activists alleged that she had been tricked into converting to Islam as part of the greater  ‘love jihad’ conspiracy, launched by Islamic extremists.

Her husband Shafin Jahan has written to Chief Minister of Kerala Pinarayi Vijayan, seeking protection for his wife against the alleged cruelty meted to her by her family.

Hadiya’s father, however, bluntly dismissed the concerns of his daughter, saying “nothing has happened to her so far” when the local media approached him at his house.

The formerly Hindu woman from the southwestern Indian state of Kerala is under house arrest, and activist Easwar has released footage of her recounting her harrowing tale. He told media yesterday while releasing the footage that he only has released a part of the video and would hand over the rest of the footage to the Supreme Court that his hearing a plea against the Kerala High Court’s decision.

The Kerala High Court dismissed Hadiya’s marriage in May of this year, acting on a petition filed by her father in 2016. The court ordered Hadiya to be placed under her parents’ custody and she has been in her father’s house ever since.

Meanwhile, enraged comments on the video are being posted both in support and against Hadiya’s claims. Those opposing the claims are arguing that Hadiya should not go back to her husband as it would encourage Islamic Indians to entice other Hindu girls to convert to Islam in the name of marriage.