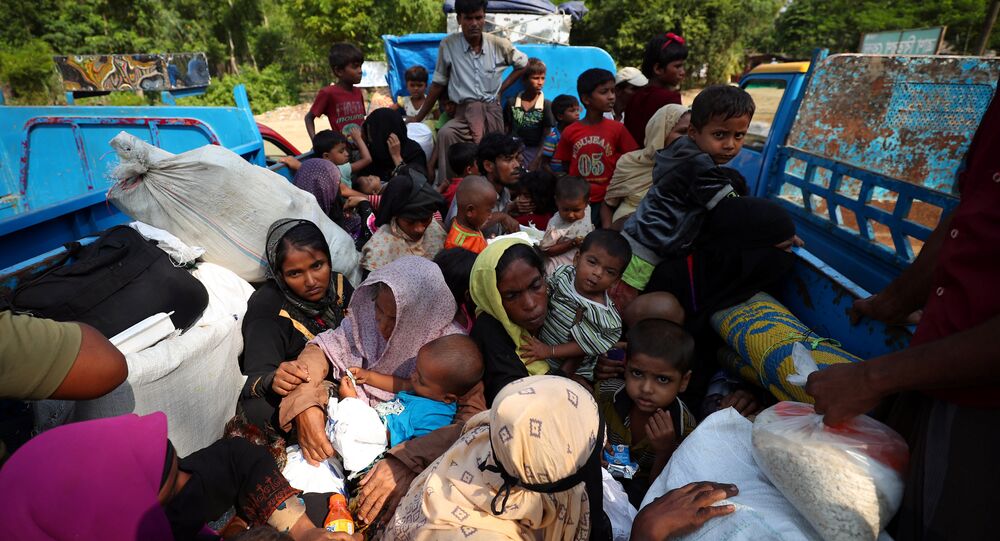 As the US is considering the imposition of fresh economic sanctions against Myanmar, India has indicated that it is in favor of a restrained and sensitive approach to the Rohingya issue.

New Delhi (Sputnik) – Indian Foreign Secretary S Jaishankar has said that the Rohingya issue is very sensitive and the world should see it in practical terms, as ultimately the displaced members of the community from Rakhine State in Myanmar will have to return to their place of origin.

“We feel this situation is better addressed through practical measures and constructive conversation rather than very strong condemnation and, having checked the condemnation box, moving to the next issue. We need a much more sober, realistic (and) locally sensitive approach,” S Jaishankar said, replying to a question pertaining to the Rohingya crisis at an event organized by Carnegie India in New Delhi.

Jaishankar accepted that returning the Rohingyas to their place of origin was not going to be easy.

“The fact that there is an exodus of a large number of people from Rakhine state to Bangladesh is clearly a matter of concern. Our objective would be to see how they can go back to that place of origin. Clearly, that is not going to be very easy,” Jaishankar added.

#Rohingya #refugees who fled from #Myanmar make their way after crossing the border in #PalangKhali, near Cox's Bazar #Bangladesh… pic.twitter.com/onRA0ulMWY

​Since August this year, more than 600,000 Rohingya have fled Rakhine state in Myanmar to Bangladesh and number has been increasing by the thousands with each passing day. While India does not share a border with Rakhine state directly, a large number of Rohingyas have been crossing into the Indian side from Bangladesh with the help of touts and criminals. Before August of this year, the Indian government estimated that approximately 40,000 Rohingyas are staying in different parts of India, which may pose a major threat to the country’s national security as intelligence reports suggested that Daesh and other terrorist organizations were trying to use them against Buddhists in India.

The Indian government has taken a tough stand against illegal Rohingyas and said that it will send them back to Myanmar. However, on October 13, India’s Supreme Court stayed the government’s deportation plan until the matter was legally settled.

“We are talking to Bangladesh and separately engaged with Myanmar. We have been at high-level conversations with both the countries (for the deportation of Rohingya),” Jaishankar claimed.

However, Jaishankar chose not to respond to a question posed by a former Indian diplomat at the event on the possible impact of the Rohingya crisis on the ongoing infrastructure projects in Myanmar.

Meanwhile, India is keenly watching the progress in Tuesday’s agreement between Bangladesh and Myanmar to “form a working committee” that would seek ways to facilitate the return of some Rohingyas to Myanmar.