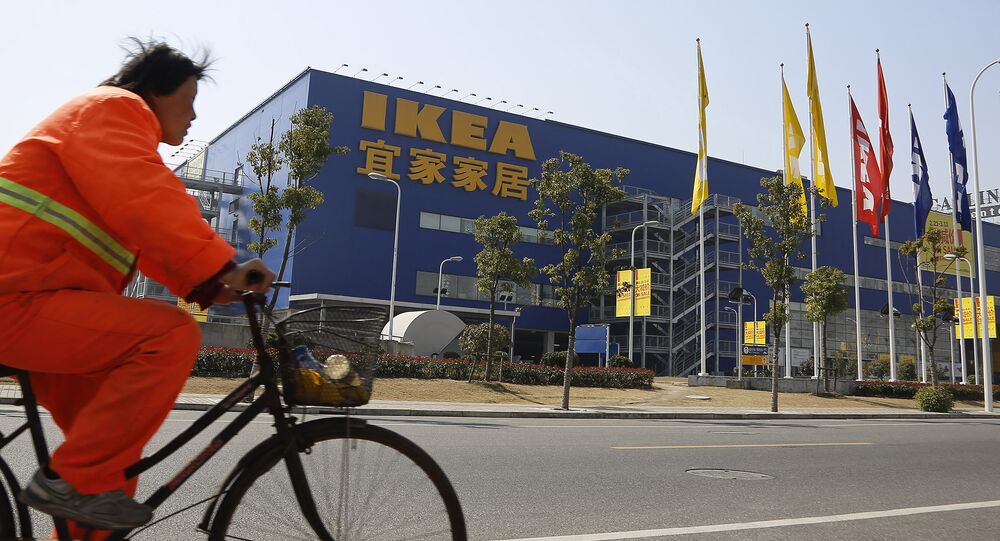 Ikea has been forced to apologize and withdraw a controversial television advertisement being screened in China over claims it was sexist.

A 25-second commercial by the Swedish furniture chain Ikea shows a mother scolding her daughter for not "bringing home a boyfriend" to meet her parents. It immediately attracted accusations, however, of insensitivity towards single women — especially in China, where unmarried females, colloquially known as "leftover women" have often faced pressure to wed in a society that encourages marriage.

The commercial, which was only launched this week, opens with a tense family dinner scene, where a young woman turns to her mother and says apprehensively: "Mom…"

Her mother puts down her chopsticks and says: "If you don't bring home a boyfriend next time, then don't call me mom!"

A young man then appears at the door with a bouquet of flowers before the girl introduces him as her boyfriend to the proud parents, who whip out Ikea tableware and home decorations. It ends with the parents happily heaping food into the boyfriend's rice bowl as their startled daughter looks on.

The advert caused a backlash on the social media platform Weibo, China's equivalent of Twitter, as internet users, especially single women, voiced their dismay and anger by describing it as "sexist and twisted." One user wrote:

"I just want to ask Ikea would they dare to show such an advert in their home country, Sweden?"

"Having a romantic partner or not is one's own business and does not need any interference from others, let alone an advertisement."

Many online said it was sexist, with one writing:

"This discriminates against singles and single women. No boyfriend, so your own family members will look down on you, what kind of values does this transmit?"

To Be Replaced With 'New Version'

Following the uproar caused, the company quickly pulled the advert, although copies can still be viewed online.

A spokeswoman for Ikea China confirmed it had received some ill feeling towards its latest television advertising campaign.

"After receiving this feedback, we acted immediately to replace our television commercial with a new version that [will] focus on showing the solution. It will take a few days [until] customers can see the new version due to [the time the] process needs."

It is not the first time the Swedish furniture giant has fallen short in advertising and marketing campaigns.

The company was forced to apologize for deleting images of women from its catalog in Saudi Arabia. It airbrushed women out of otherwise identical pictures, showcasing its products in its homeland and the Gulf state.

In another campaign, Ikea came up with the name "Fartfull" for one of its new desks.

Ikea: Not the Only One

It is also not the only one to get it wrong in Chinese advertising.

"Don't ignore the feelings of the young and tech-savvy Chinese consumers. Companies need to take a very careful approach when talking about topics related to nationalism and women's rights in China, as both are areas of high sensitivity."

No Woman, All Cry: Ikea Gets Slammed for Male-Only Brochure