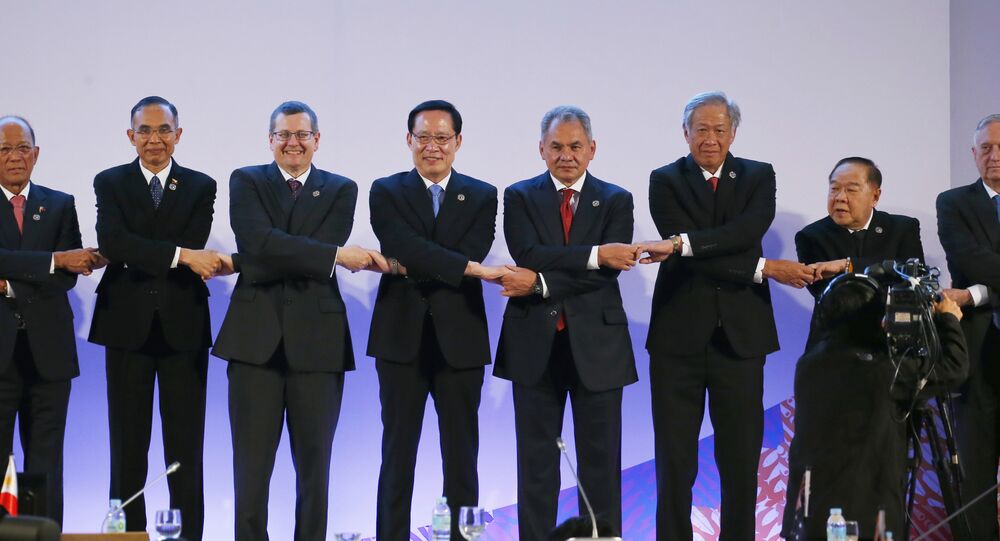 India has called for an investigation into North Korea’s proliferation links. The country is of the view that there are no good terrorists and “terrorism anywhere is a threat everywhere.”

New Delhi (Sputnik) — India's Defense Minister Nirmala Sitharaman, on Tuesday said that those helping North Korea in its nuclear and missile proliferation should be held accountable, in what is being seen as an indirect reference to the alleged role of Pakistan and China.

During her first foreign trip as defense minister at the ASEAN Defense Ministers' meeting in the Philippines, Nirmala Sitharaman said that North Korea's nuclear tests have triggered serious concern in the region.

"It is important that North Korea's (DPRK) proliferation linkages are investigated and those who have supported its nuclear and missile program are held accountable," Sitharaman said.

​The Indian defense minister also warned world leaders of the evolving global challenges and asked them to be prepared for military and non-traditional threats.

"New developments in social media and cyberspace have expanded the threat, as these are exploited by terrorists to develop less visible but lethal ways and means of manipulating peoples' minds," she added.

© AP Photo / Ahn Young-joon
Two North Korean Defectors Go Missing in China - Seoul
Taking a dig at China's posture in the South China Sea, Sitharaman said that nations should resolve maritime disputes peacefully and in accordance with international law. "We support a rules-based order for oceans and sea that is critical for the continued growth and development of the Indo-Pacific region," Sitharaman added.

ADMM-Plus is an annual meeting that brings together the defense ministers of ten ASEAN countries and eight "dialogue partners" which include India, China, Japan, Australia, New Zealand, South Korea, Russia, and the United States.