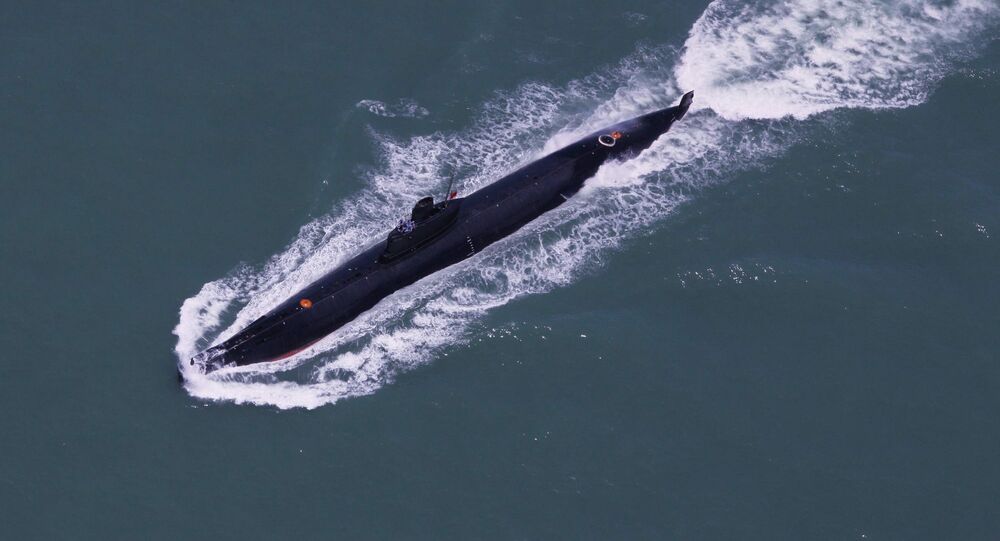 China’s South Sea Fleet has set up its first marine salvage and rescue squadron aimed at improving the People's Liberation Army (PLA) Navy’s fighting capabilities as the service seeks to beef up its presence in the region’s disputed waters.

According to the PLA website, a submarine rescue unit was established as part of China's recent round of military reform to support a broader range of operations in the country's navy, step up the service's combat readiness, and deploy more submarines to the hotly-contested region.

© REUTERS / China Daily
Xi Jinping Declares Era of 'National Rejuvenation' in China
Previously, the North China Sea Fleet's unit, established in 2011 and designed to effectively respond to submarine-related emergencies by deploying rescue ships, life-saving equipment and divers, was the only one of its kind. A similar unit in the South China Sea, where China's most advanced nuclear submarines are deployed, has become necessary with the expansion of the PLA Navy's mission area.

"The army has to be prepared for battle," Ke Hehai, the political commissar of the unit, was quoted as saying by the PLA Daily on Thursday.

Ni Lexiong, a Shanghai-based military affairs commentator, suggested that it was almost impossible for just one rescue team to provide a prompt and efficient response.

"It is a sign that the fleet is getting itself more ready for battle," Ni said. "Rescue squadrons are crucial in war."