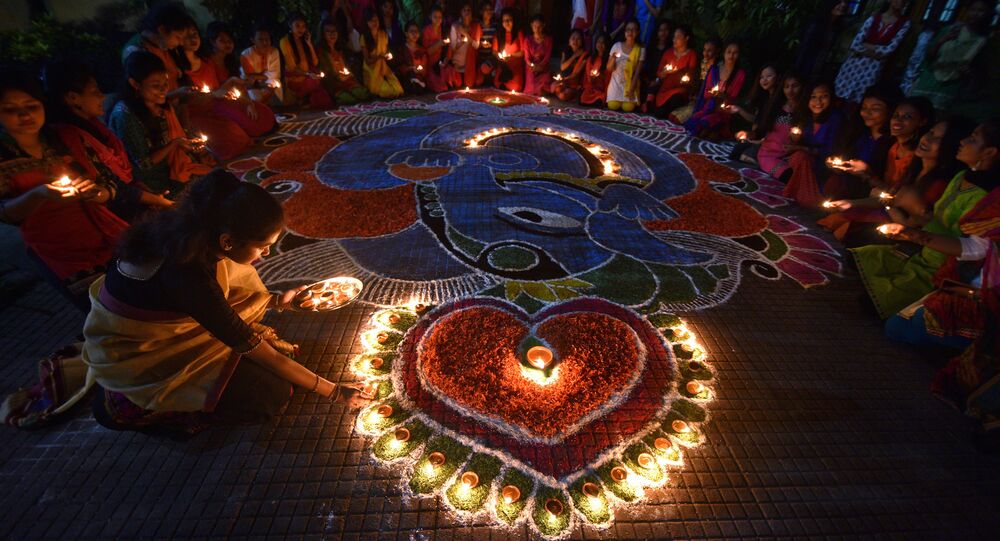 'Diwali' - the Indian festival of lights - is a national holiday and is celebrated by all with family and friends. However, soldiers, especially those deployed at the border, seldom get a chance to go home to celebrate the festival.

Our Forces protect our Motherland with utmost valour, displaying highest traditions of sacrifice and dedication. https://t.co/DopgqX00cr

​Modi spent more than two hours with the soldiers at Indian Army’s brigade headquarter in Dawar in Gurez and offered sweets and exchanged greetings with them.

​Addressing the soldiers as ‘his family’, Modi appreciated the armed force’s penance and sacrifice amid harsh conditions.

Glad to have celebrated Diwali with our brave Army and BSF Jawans in the Gurez Valley, Jammu and Kashmir. pic.twitter.com/ebCM4JO6jc

​“Protecting the Motherland, far from your loved ones, displaying the highest traditions of sacrifice, all soldiers at the nation’s borders, are the symbols of bravery and dedication. I have the opportunity to spend the festival of Diwali with you. The presence of brave soldiers, on this festive occasion, lights the lamp of hope and generates new energy among crores of Indians. To accomplish the dream of ‘New India’, this is a golden opportunity for all of us to work together. The Army too is a part of it,” Prime Minister Modi wrote in the visitor's book at the outpost.