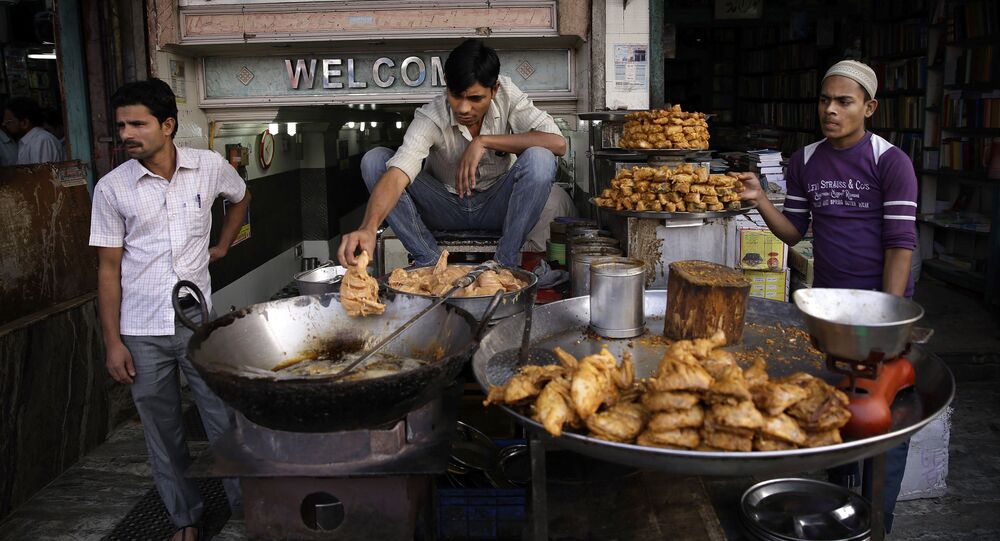 Global Hunger Index 2017: India Has Failed to Feed its Poor

The Global Hunger Index 2017 ranked India 100th of the 119 countries on the list. The data released by the International Food Policy Research Institute last week has now become a political controversy in India with the ruling BJP being blamed for the dismal position by the opposition

New Delhi (Sputnik) — The data reveals that India is one of the countries with the lowest reduction in hunger in the nine years since the last Global Hunger Index was calculated, which translates to the fact that India is struggling to feed its hungry population.

Only 19 countries are below India in terms of hunger rates, and in Asia, Pakistan and war-torn Afghanistan, which ranked 106th and 107th, respectively, are the only two countries worse off than India.

© AFP 2021 / FRED DUFOUR
'It's Truly Staggering': 145,000 Rohingya Children Looking Hunger in the Face
Most other countries below India on the list are in Africa like Ethiopia, Zimbabwe, Sudan, Yemen and the Central African Republic. India's neighbors like China, Nepal, Sri Lanka and Bangladesh are ranked a29th, 72nd, 84th and 88th, respectively.

Three out of its four indicators are specific to children, that is, to those under the age of five, and it defines hunger as the distress associated with the lack of sufficient calories. Experts say the report, and India's performance specifically, is a warning bell on many counts.

"There is no visible reason why an agriculture-centric country like India should suffer hunger to this level. In all probability, it is a case of lack of delivery due to social remoteness or economic remoteness of a major chunk of the population," Dr. Bobby John, founder of Global Health Advocates, told Sputnik.

"The remoteness and lack of reach of the population should be the major concern and priority of the society. These issues should be addressed first if this situation has to improve," he added.

World Hunger Increases For the First Time in a Decade