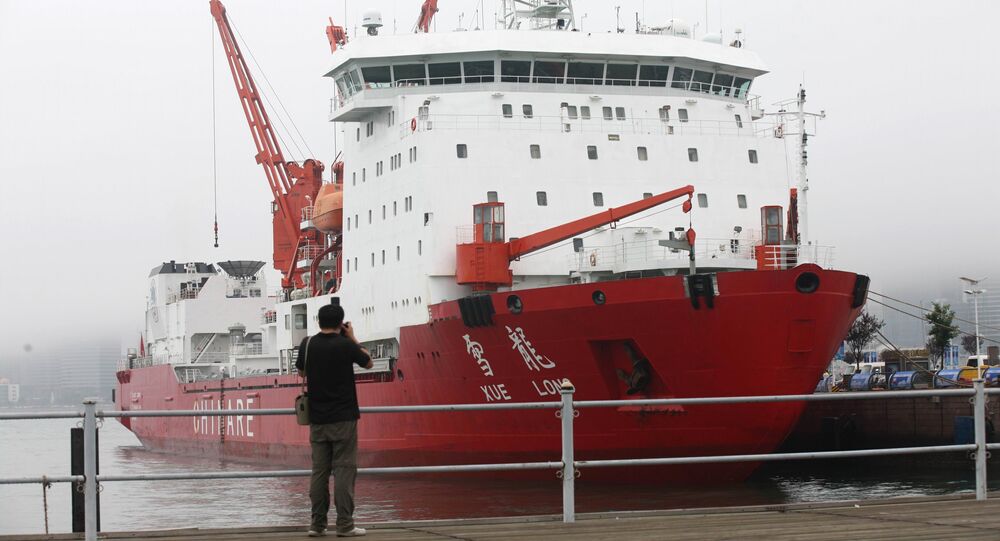 With China prioritizing the use of the Arctic transport routes as part of its One Belt, One Road megaproject, and having signed a raft of agreements with Russia on the joint exploration of the Arctic region, a RIA correspondent looks at the prospects of this very promising cooperation.

Beyond the Arctic Circle

Meanwhile, China, in cooperation with Finnish company Aker Arctic Technology, is building the Snow Dragon 2 — its first domestically designed icebreaker due to hit the icy waters in 2019.

© Sputnik / Vera Kostamo
China Interested in Project to Lay Optical Fiber Cable in Russian Arctic
The polar class 3 vessel will be capable of continuously breaking ice of up to 1.5 meters (about 5 feet) thick in both ahead and astern directions.

The Snow Dragon 2 will add to China’s icebreaker fleet, which until now was represented by the Snow Dragon, a Soviet-built vessel China bought from Ukraine in 1993.

Two more icebreakers have been added to the fleet since 2015 as China is ramping up its exploration effort in the Arctic.

“China is very active in this area and it has four research stations in the Antarctic including two working on an all-year-round basis. Research work of this kind is impossible without a polar class icebreaker,” said Vasily Kashin, a senior European affairs expert at the Higher School of Economics in Moscow.

The Arctic region is viewed by Beijing as the shortest and safest route connecting mainland China with Europe.

According to Guo Peiqing, Professor at Ocean University of China, the Northwestern Route and the Northern Sea Route could become important strategic additions to the One Belt, One Road project saving Chinese exporters time and money in their trade with Europe.

With the ice in the Arctic Ocean melting fast, the Northern Sea Route could become an alternative to the main transcontinental route across the southern seas to Africa via the Suez Canal.

© Sputnik / Yuriy Lushin
Russia Aims to Spend $2.7 Billion on Arctic Development Before 2025
The Northern Sea Route will thus cut the distance from Shanghai to Hamburg by almost 3,000 nautical miles.

The Northern Sea Route also spans the area where Russia and China are working together to build a liquefied natural gas plant with an annual production capacity of 16.5 million tons of LNG and 1.2 million tons of gas condensate to sell in the Asia-Pacific region and Europe.

“Cooperation with Russia is a major priority for China. We see the active development of a joint gas-production project in Yamal, very promising cooperation in the construction of the Belkomur railway to run from Arkhangelsk to Komi Republic under the White Sea and further on to the Urals where major Chinese corporations are going to invest in. Without a doubt, Arkhangelsk and Murmansk are bound to become the main transport hubs in Europe connecting the Arctic sea route with Northern Europe and regions inside Russia,” Guo said.