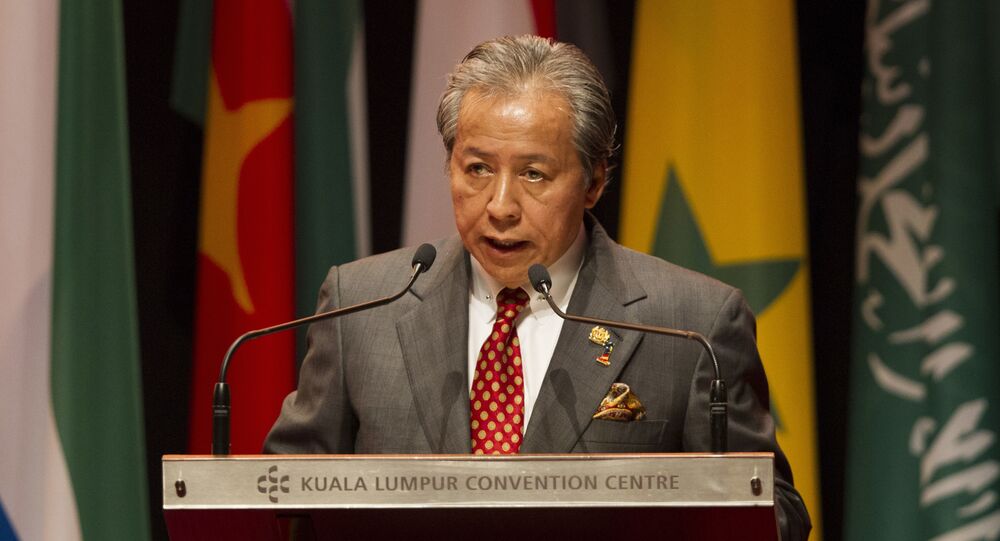 Malaysia intends to shutter its Pyongyang embassy to North Korea, according to a statement from the foreign ministry of the southeastern Asian country.

In another move adding to the downward spiral of international relations between the People's Democratic Republic of Korea (DPRK) and the rest of the world, Kuala Lumpur on Friday stated that its diplomatic mission to Pyongyang will "close down," following what many consider to be the fait accompli of Malaysian cabinet approval for the action.

"Wisma Putra [the Malaysian Foreign Ministry] will be putting up the recommendation for the cabinet to decide. We will have to wait until the cabinet has made a decision," said an aide to foreign minister Anifah Aman, as reported by Kyodo News.

The unnamed Malaysian foreign ministry aide confirmed reports by local Kuala Lumpur media in which the top diplomatic head stated that the country's foreign ministry would also "file recommendation papers for the Malaysian embassy in Beijing to be accredited to North Korea," cited by the South China Morning Post (SCMP).

While the move is not a complete severing of ties between the two nations, Anifah suggested that breaking diplomatic relations was still on the table, remarking that, "We may or may not sever ties with North Korea."

The two countries established official diplomatic ties in 1973 but it took until 2004 for Malaysia to open an embassy in the DPRK.

Malaysian authorities are confident that Pyongyang operatives masterminded the assassination in the nation's busy airport, attempting to blame actors in Kuala Lumpur for the murder.

The DPRK denied any involvement in the killing, and refused to acknowledge that the victim was the DPRK leader's half-brother, referring to him only as Kim Chol, the name on the passport found with the body, cited by SCMP.