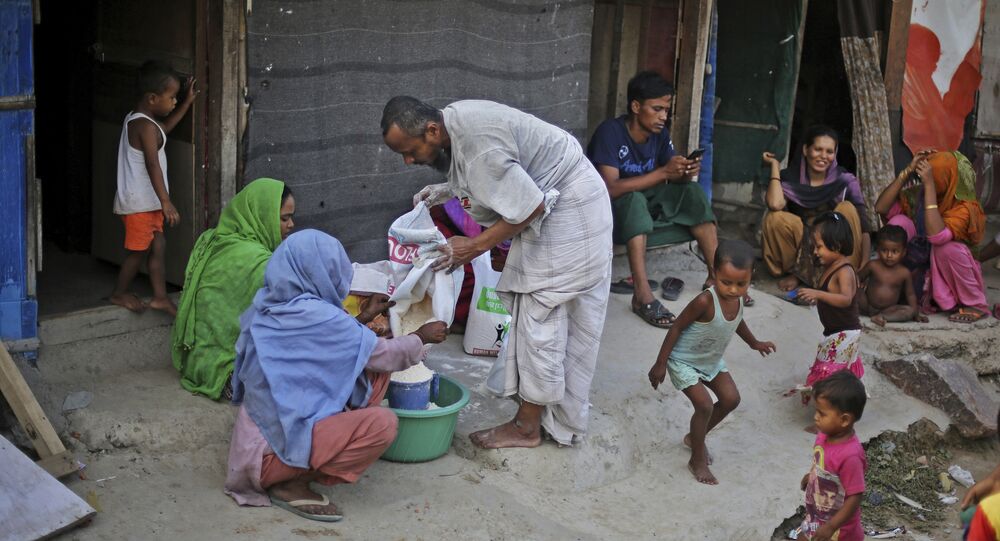 The ongoing hearing is based on a legal petition filed by two Rohingyas currently living in India illegally. The Indian government has contended that there has been an organized influx of Rohingya Muslims in India since 2012 and that it is a matter of grave concern from the national security point of view.

New Delhi (Sputnik) — India's top court has asked the union government to put on hold its plan of deporting the 40,000 Rohingya Muslims living illegally in the country. The restriction will be in effect until the court delivers its final verdict on the petition filed by two members of the Rohingya community challenging the government's deportation proposal.

The Supreme Court of India has observed that the human rights of Rohingyas cannot be ignored and that there is a need to strike a balance between national security and humanitarian values.

"The Constitution is based on humanitarian values. The state has a multi-pronged role. While national security and economic interests need to be secured, innocent women and children cannot be ignored," the Supreme Court bench hearing the matter said.

The next hearing on the case is slated for November 21. The court, however, has asked the Rohingya petitioners to feel free to approach it in case of any contingency.

"The Bench observed that on one hand, there is humanitarian ground & at the same time national security interest. The court will also have to consider how far courts can interfere in issues like this. The bench was clearly of the view that this matter requires a detailed hearing because the magnitude of the issue is much wider," Aishwarya Bhati, an advocate at the Supreme Court of India said.

The Indian government in its affidavit filed before the Supreme Court had linked the Rohingyas with Pakistan-based terrorist organizations and Daesh. The Narendra Modi government has argued that the deportation of Rohingyas was a policy decision taken in the interests of citizens and that it could not be challenged under Article 32 by non-citizens. However, the court struck down the argument.