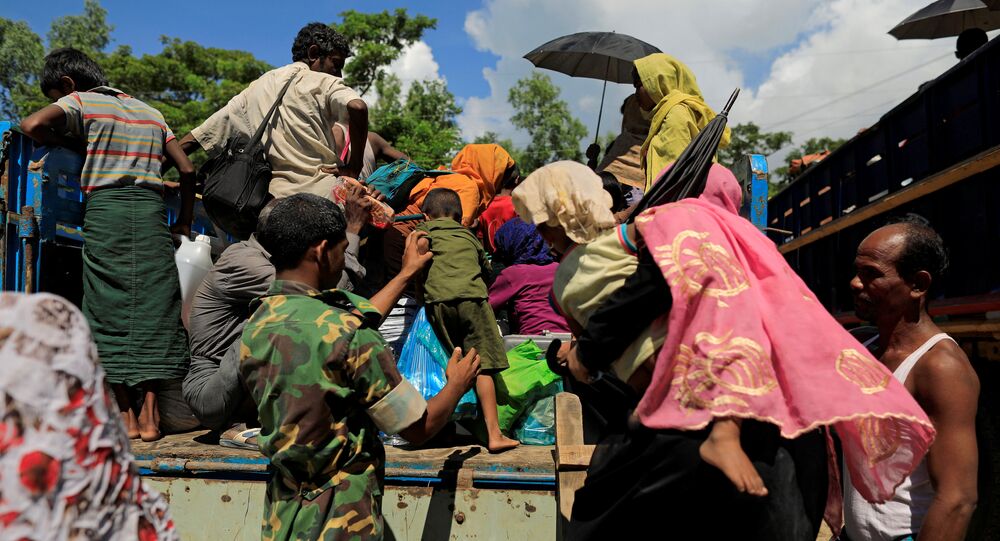 Bangladesh has claimed that the envoy of the State Counselor of Myanmar had expressed his country’s willingness to take back all Rohingya refugees from Bangladesh during his recent visit to Dhaka.

New Delhi (Sputnik) – Ahead of Bangladeshi Home Minister Asaduzzaman Khan’s upcoming visit to Myanmar on October 23, Bangladesh has prepared a roadmap for the peaceful repatriation of Rohingya refugees. Asaduzzaman would be submitting the roadmap to Myanmar which Bangladesh hopes would be accepted by the authorities there.

The Home Minister had said that, while his visit was aimed at discussing a gamut of other issues, the main objective would be to find a solution to the crisis that has arisen in Bangladesh due to the incessant influx of Rohingyas from Myanmar.

“The main agenda would be the quick repatriation of the Rohingyas, as a minister of Myanmar, during his recent visit to Dhaka, had assured that Myanmar would take back all its citizens who have taken refuge in Bangladesh” Home Minister Asaduzzaman Khan told the media in Dhaka on Friday.

Kyaw Tint Swe, Minister in the Office of the State Counselor of Myanmar had visited Bangladesh earlier this month and expressed his country’s willingness to take back the Rohingya refugees.

Meanwhile, as pressure mounts of Myanmar to end the military action against Rohingya Muslims in the restive Rakhine state that has triggered an unprecedented refugee crisis in the region, the Kofi Annan foundation is preparing to brief UN member states on the Rakhine Commissions’ main findings and recommendations.