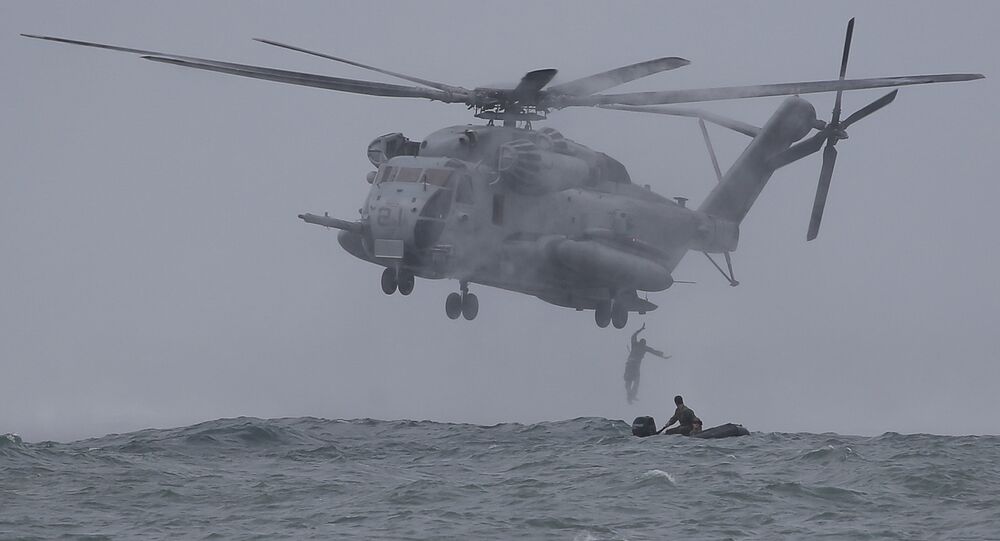 A US military helicopter has crashed in Japan's southernmost prefecture, the Pacific island of Okinawa, causing a storm of frustration among locals.

According to reports, the crash, which is the latest in a series of incidents on the island involving US military personnel, has caused no casualties, but acts as a grim reminder of Washington's ongoing project of militarizing the island.

In the ashes of Japan's surrender to the allies at the end of World War II, the island functioned as a strategically vital base for US forces throughout the Cold War. Since then, the number of bases on Okinawa has mushroomed, and with it, so have the grievances of the islanders.

Sputnik's Matthew Ayton took a closer look at the history of the US' military presence on Okinawa, and its consequences for the local population.

Today, the people of Okinawa argue that they have been expected to host a disproportionate number of the US' bases in Japan.

The superpower maintains approximately 50,000 military personnel across the country, with half of those based on Okinawa.

Despite the ongoing protests of the Okinawan people, and a number of visits by the Okinawan governor Takeshi Onaga to ask Washington to consider relocating elsewhere in the Asia Pacific Region, little has changed.