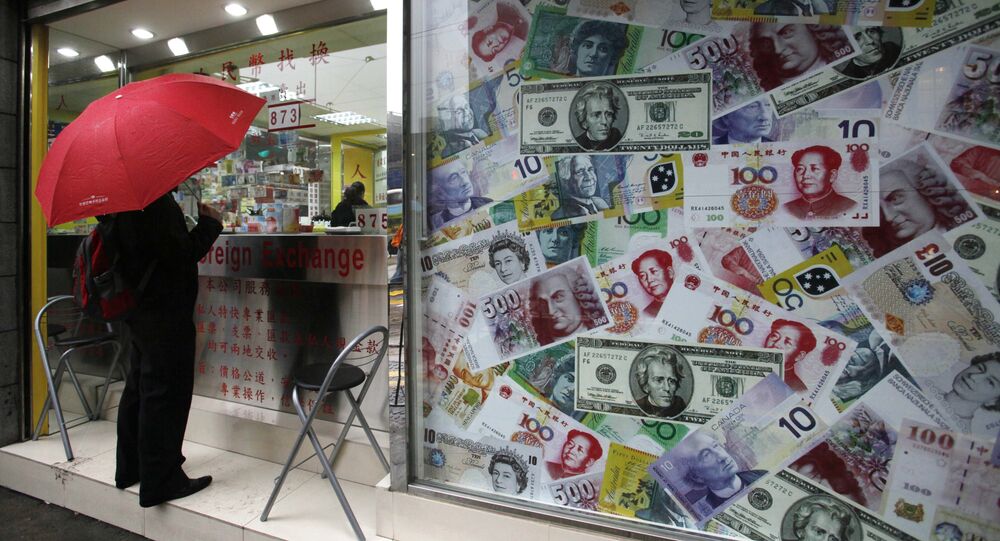 An international team has compiled information about thousands of Chinese foreign aid projects worldwide, shedding some light on Beijing’s secretive program. Among the team’s findings is that China rivals the US in terms of foreign aid, although their spending takes a different tone.

China has always been cagey about many details of how their government operates — even minutiae like the birthday of Chinese President Xi Jinping is classified.

But the AidData research lab at the College of William & Mary, along with Harvard University and the German University of Heidelberg, have cooperated to painstakingly backtrace Chinese foreign aid and get a sense of how China spends their money abroad. AidData gathered this information by tracking news reports, embassy documents and foreign aid reports from non-China countries.

© Sputnik / Andrey Chapligin
'It Plays Into Terrorists' Hands': US Cuts Aid to Egypt to 'Influence Its Policies'

"We think the methodology has revealed the known knowable universe," AidData chief researcher Brad Parks told the BBC. "If the Chinese government really wants to conceal something, we won't necessarily pick it up."

They found that between 2000 and 2014, China spent an estimated $362 billion across 5,000 projects in 140 countries. The majority of the aid goes to Africa (just like the US), but other major aid recipients include countries around China's borders like Bangladesh, Cambodia, Kyrgyzstan, Nepal, Pakistan and Sri Lanka. Other key recipients are Bolivia, Costa Rica, Cuba, Indonesia, Macedonia, Montenegro and Serbia.

In 2014, their largest aid recipient was Russia, which got $36.6 billion — mostly to support Russian oil and natural gas, two industries that China relies on exports for.

At a glance, the US and China have very similar aid habits. The US spent $399 billion in the same period, and most of it also went to African countries or countries near China. But while the amounts and the recipients are similar, according to Parks, the two powers have spent "those budgets in radically different ways. And the different compositions of those portfolios have far-reaching consequences."

Seventy-nine percent of Chinese aid isn't aid at all: it's commercial loans that Beijing expects to be repaid with interest. Only about seven percent of US loans fit that definition, with the remaining 93 percent being "traditional aid" that isn't meant to be repaid, or repaid at rates far below market. China's money is meant to become an "attractive economic return," according to Parks, rather than a political gesture of deep-pocketed goodwill like their American counterpart.

That's not to say China's foreign aid loans are exploitative: Parks says that most of the loans were "substantially" beneficial for the recipient nation. He explained that the US and other wealthy Western countries often offered loans to developing nations during the Cold War. However, these developing countries tended to default on these loans rather than pay them back, leading the US bloc to stop offering them. Western aid was also frequently tied to economic restructuring packages, directing recipients to reshape their economies to better embody "market-based principles," sometimes in ways contrary to the democratically expressed wills of their peoples.

"There was a shared principle that we should not be offering market-rate loans to developing countries," Brad Parks says. "And now, here comes China, enter stage left. They're not part of that coalition. They haven't been socialized to that principle and they're very willing and able to provide loans near or at market rate. Increasingly, countries that don't want to go the [International Monetary Fund] for a bailout when they're in trouble, they will go to China instead."

Frequently, countries that are autocratic, West-unfriendly, or operate a centralized economy are denied loans from the IMF and the World Bank (which are heavily influenced by Western powers). This has caused such countries such as Cambodia, to instead turn to China for economic assistance, who generally lacks such concerns apart from ability to repay the loan.

China may someday run into the same issues that the Americans did in the 90s: that their creditors can't pay them back. "If and when that point of reckoning occurs, then perhaps Beijing will revisit how it structures these loans," Parks commented. In the summer of 2017, China forgave the heavy debt Sri Lanka owed them in exchange for Colombo allowing a Beijing-owned consortium to build an economically advantageous port in the south of the island nation.

Of course, no discussion of Chinese foreign aid is complete without a mention of North Korea, China's oft-maligned neighbor. AidData was only able to find 17 Chinese projects to North Korea worth $210 million in that 14-year window — small potatoes.

However, Parks called North Korea "an informational black hole," adding that the mutual secrecy of the two People's Republics made it difficult to assess exactly what sort of economic assistance Beijing provides Pyongyang.