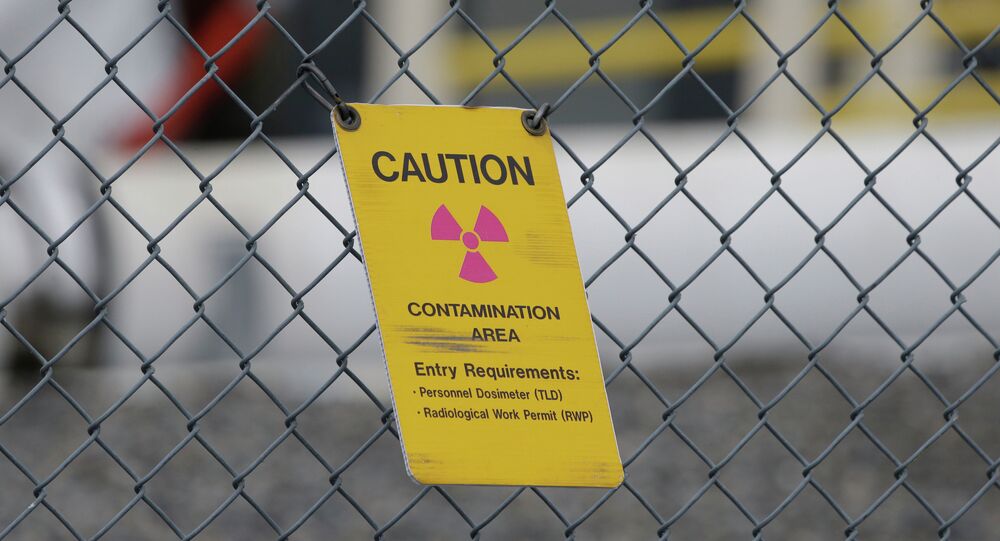 A North Korean defector originating from the nuclear test region will undergo checks for radiation-caused conditions, as the nuclear test are rumored to spend radioactivity among the populace, according to South Korea’s Ministry of Unification.

The safety of North Korean nuclear tests for the North Korean population is highly questionable. So highly, in fact, that South Korea's Ministry of Unification had to announce that the Defectors from the North that originate from the Punggye-ri nuclear test site's vicinity will undergo checks for radiation-induced illnesses such as cancer and thyroid gland dysfunction. The tests will be conducted by The Korea Institute of Radiological and Medical Sciences, the announcement says, according to the Korean Times.

© AP Photo / Ross D. Franklin
Can Jimmy Carter 'Work Out Some Deal' to Help End the North Korea Crisis?
Despite reports of conditions that may be linked to radiation poisoning kept appearing for years, the decision has only now been made to begin testing defectors. For example, the Korean Times quotes a defector, who crossed the border back in 2015, saying:

"From 2013, patients with severe fatigue and weight loss sporadically started appearing. Since they could not afford to visit the doctor, those affected usually went to a shaman."

Another defector reportedly complained about a degrading nervous system, saying that "around the third nuclear test in 2014, [their] sense of smell and taste were affected."

The decision to perform the screening came after Ha Tae-keung, a lawmaker from the opposition Bareun Party, presented a chart showing the extent of possible radiation exposure among North Korean defectors to the party's Supreme Council meeting at the National Assembly earlier this week.

According to Yonhap news agency, "he called on the government to check the health of North Korean defectors amid growing concerns of radiation exposure as the North continues nuclear tests."

Democratic Party lawmaker Park Byeong-seug, who announced the decision to journalists, admitted that the screening procedures should have been undertaken earlier.

"The Unification Ministry should have conducted medical tests earlier for those who used to live near the nuclear test site," Park said. "The ministry is obliged to take care of the health of North Korean defectors through such examinations."

According to the ministry, 114 recent defectors originate from Kilju County in North Hamgyong Province, where the North Korean nuclear site Punggye-ri is located. Of those, only 30 volunteers will undergo a radiation check before the end of this year, the ministry reported.

Earlier in September, Chinese nuclear experts warned that the Punggye-ri mountain might cave-in or collapse because of the underground nuclear tests, an event that would blow radioactive dust and debris into the air, scattering it across the region on the wind.

"But even if the mountain did not cave-in, a leak will definitely happen," Chinese nuclear expert Wei Shijie warned at the time, according to the Telegraph report.