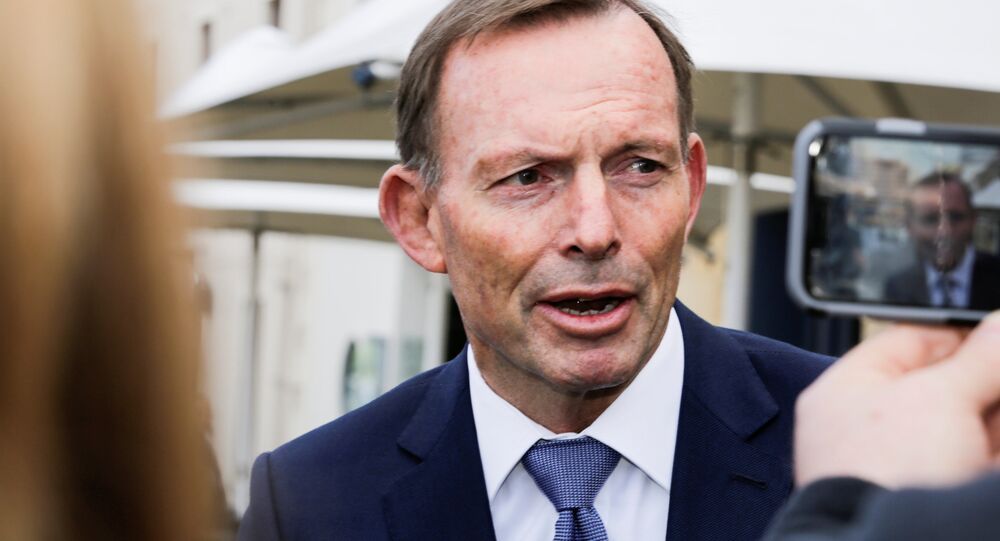 Former Australian Prime Minister Tony Abbott has told a London thinktank that climate change is "probably doing good" and that policies aimed at mitigating its effects are "doing harm."

On Monday evening, Abbott gave a lecture to the Global Warming Policy Foundation (GWPF), which describes itself as "open-minded on the contested science of global warming."

The former Prime Minister told the audience that "at least so far, it's climate change policy that's doing harm; climate change itself is probably doing good; or at least, more good than harm."

"There's the evidence that higher concentrations of carbon dioxide – which is a plant food after all – are actually greening the planet and helping to lift agricultural yields. In most countries, far more people die in cold snaps than in heatwaves, so a gradual lift in global temperatures, especially if it's accompanied by more prosperity and more capacity to adapt to change, might even be beneficial."

He expressed disagreement with pronouncements that climate change science is "settled," describing the treatment of people who disagree with accepted thought on climate change as "the spirit of the Inquisition, the thought- police down the ages."

"Almost as bad is the claim that '99 per cent of scientists believe' as if scientific truth is determined by votes rather than facts."

Abbott was Prime Minister of Australia from September 2013 to September 2015, when Malcolm Turnbull made a successful challenge for the leadership of the Liberal Party. He continues to serve as a backbench MP.

Last month, Abbott was subjected to a physical attack, which he described as "politically-motivated violence" because of his opposition to same-sex marriage.

© AFP 2021 / PETER PARKS
Social Media Explodes After Australian Woman Sacked for Opposition to Gay Marriage
Abbott was left with a swollen lip after he was head-butted in Hobart, Tasmania by Astro Labe, a DJ. Labe was wearing a "vote yes" badge to profess support for same-sex marriage in an ongoing national survey on the matter when he assaulted Abbott.

However, Labe maintains that the headbutt had "nothing to do with the Yes campaign," describing himself as a "lone anarchist that felt the need to headbutt Tony Abbott because I didn't think it was an opportunity I'd get again," he told Australia's ABC News after appearing in Hobart Magistrates Court.

Australia is currently holding a postal vote on the issue of same-sex marriage, the results of which will be announced November 15. On Tuesday, the Australian Bureau of Statistics said that 62.5 per cent of same-sex survey forms have now been sent back. Prime Minister Turnbull has said that if a majority of surveys returned are in favor of changing the law in favor of gay marriage, then there will be a vote in parliament on the issue.