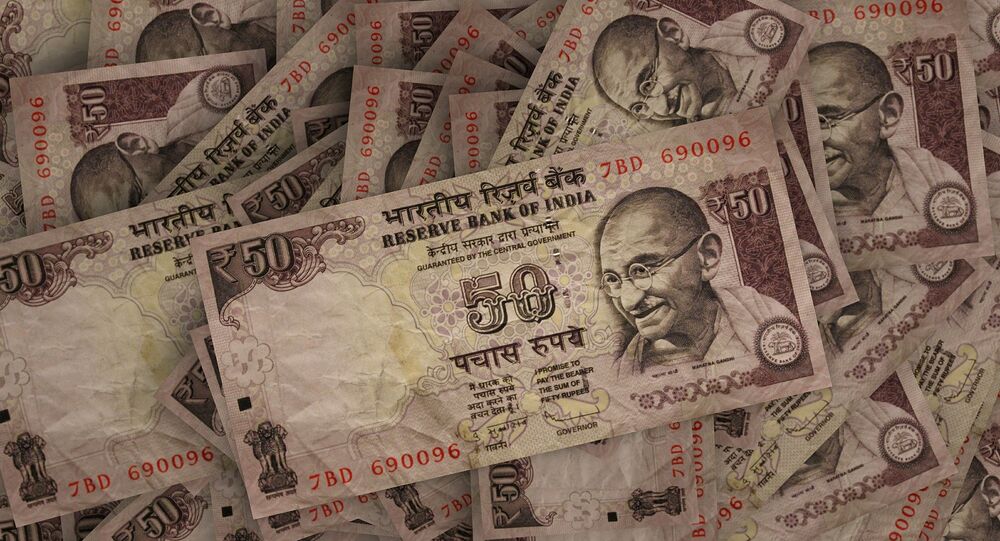 Indian business tycoons rated by Forbes have together added a cumulative 26 percent in their fortune while the country's GDP continues to slump rendering 1.5 million people jobless over the last seven months.

NEW DELHI (Sputnik) — Despite a slowdown in the economy and job cuts, India's richest are getting richer, according to the Forbes magazine's India Rich List 2017. The Indian government has argued that private companies are reaping profits, but are not investing it back in the market because of which their wealth is increasing but the economy is suffering.

Finance Minister Arun Jaitley had recently said, "Lack of private investments and the inability of banks to support growth is hurting the economy."

As per the Forbes list, India's 100 richest tycoons have a net worth of $479 billion. The magazine says Prime Minister Narendra Modi's economic experiments barely affected India's billionaires. Patanjali Ayurved's Acharya Balkrishna, a close associate of yoga guru Ramdev, made a big jump from 48th place in the list to 19th position with a net worth of USD 6.55 billion. Meanwhile, Mukesh Ambani who retains his number one spot as the world's richest Indian for the tenth consecutive year saw his wealth increase by 67 percent from $22.7 billion last year. Ranked second on the list is tech tycoon Azim Premji with a net worth of $19 billion this year.

India's opposition parties have claimed that the list is a vindication of their claim that the economic policies of the Narendra Modi led government has favorably influenced the rich, while the poor are becoming poorer.

"We have been saying this from the beginning that Modi government's policies are designed to help only a few favored industrial houses in India and Forbes list has established it factually," D Raja Member of Indian Parliament told Sputnik.

"The details of the list are very interesting. Only a few corporate houses are benefitting from these government's policies. And these are the people who are close to Prime Minister Narendra Modi and the BJP party," D Raja added.

India's GDP fell to 5.7 percent in the first six months of 2017 as compared to 7 percent last during the corresponding period year. Meanwhile, an estimated 1.5 million people lost their jobs in the first half of 2017, according to a study by Centre for Monitoring Indian Economy. This slowdown has been partly blamed on November 2016's de-monetization drive and the introduction of the intricate nationwide taxation policy in the form of the Goods and Services Tax (GST).