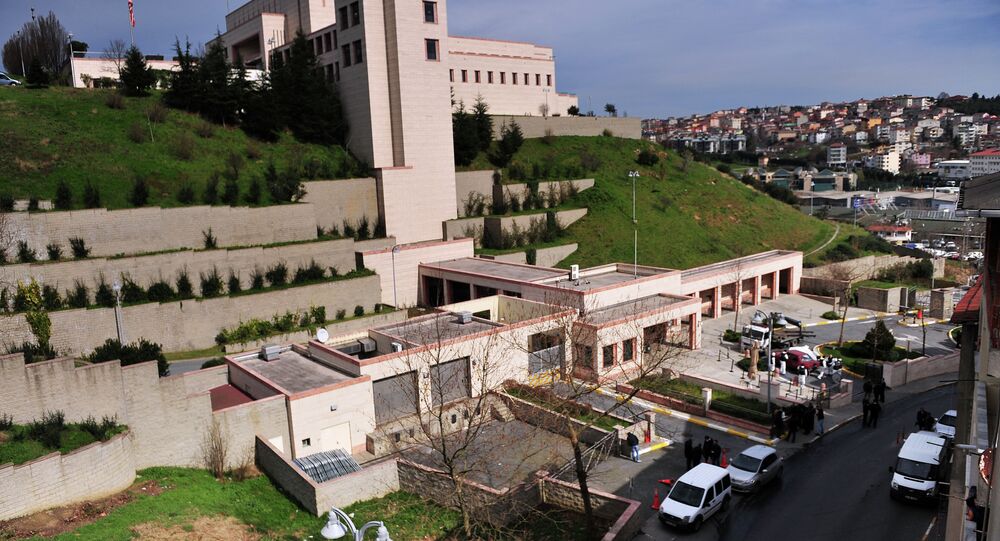 Amid US-Turkey tensions over the arrest of a US consulate employee in Instanbul over alleged links to an Islamic cleric accused of plotting the failed military coup attempt last year, a warrant for another worker has been issued after the US suspended visa services in Turkey.

Turkey has allegedly issued a detention warrant for another US consulate employee, according to local media reports.

Turkish broadcaster NTV reported that the suspect is still being sought by security officials, while his wife and child are being questioned by Turkish police. The reason for the arrest warrant has not yet been revealed. However, Ankara has yet to confirm the media reports. The Turkish justice minister said earlier he had no information about a new warrant being issued.

Media speculations of another arrest warrant comes amid the deterioration of relations between NATO allies over the arrest of a US consulate employee in Istanbul over alleged links to Islamic cleric Gulen, accused by Ankara of being behind the failed coup attempt in 2016. On Sunday, the US said it has suspended visa services in Turkey in all its diplomatic facilities in the country to "reassess Turkey's commitment to security" of the US mission. Shortly after, Ankara responded with tit-for-tat measures and suspended visa services in the US, while the following day the Turkish Foreign Ministry summoned the undersecretary of the US embassy over the issue.

© CC BY-SA 3.0 / SimonP / Embassy of Turkey, Washington, D.C.
Tit-for-Tat: Turkey Mirrors US Move, Suspends Visas As Tensions Mount
Metin Topuz, a Turkish citizen locally employed at the US consulate, was detained in Turkey last week, prompting Washington's condemnation. The US Embassy in Turkey said that it was "deeply" disturbed over the "baseless, anonymous allegations" undermining "this longstanding partnership" between NATO allies. In its turn, Ankara said that the employee of the US Consulate General in Istanbul arrested by Turkish authorities had no diplomatic immunity.