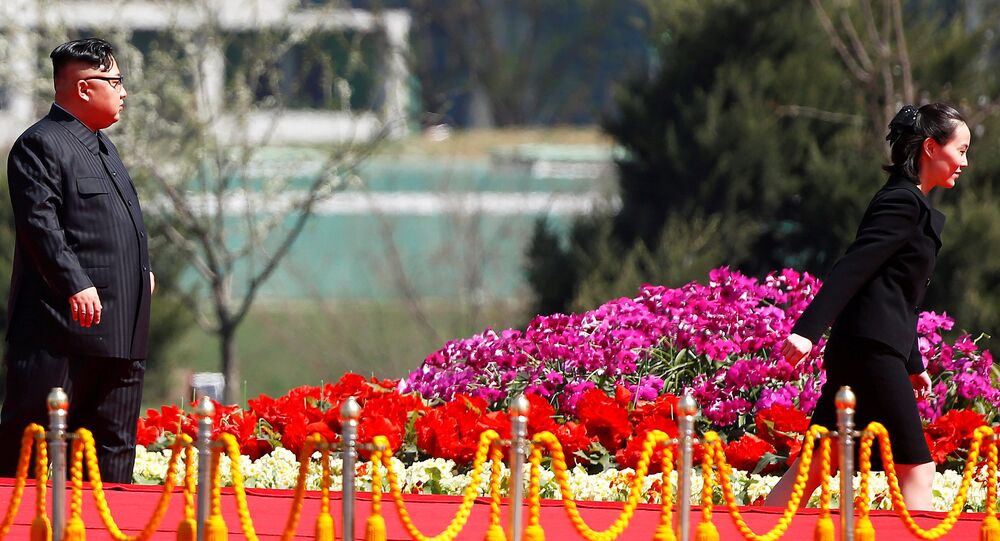 DPRK head Kim Jong Un has promoted his younger sister Kim Yo Jong to a position of political authority within the country’s ruling party.

In a further consolidation of political control, Pyongyang leader Kim's promotion of his closest family member occurred during a Saturday meeting of the ruling Democratic Republic of Korea (DPRK) Workers' Party, according to the state-run Korean Central News Agency (KCNA), cited by Bloomberg.

Alongside the family promotion, Kim's announcement again called attention to the increasing isolation of the northern country, following tighter economic sanctions at the hands of the US and the United Nations in the wake of continuing nuclear weapon detonations and ballistic missile test launches by Pyongyang.

"The present situation is stern and we are faced with ordeals," Kim said during the meeting, adding that DPRK weapons testing will continue in the light of "US imperialists' nuclear blackmail," according to the KCNA statement.

In being promoted to a position as an alternate member of the Political Bureau of the Party Central Committee, Kim Yo Jong, 30, will sit on a board led by her elder brother that acts as the party's central decision-making entity.

Formerly a vice director in Pyongyang's propaganda branch, Kim's sister is prominent enough to have been sanctioned in January by the US Department of the Treasury, alongside six other DPRK cabinet members, for what the Fed describes as "human rights abuses and censorship activities."

Kim sister is thought to have the same level of influence as the current DPRK leader's wife, Ri Sol Ju.

Kim Yo Jong has "been recognized for the work she's done in the past year to idolize Kim Jong Un," added Yang.