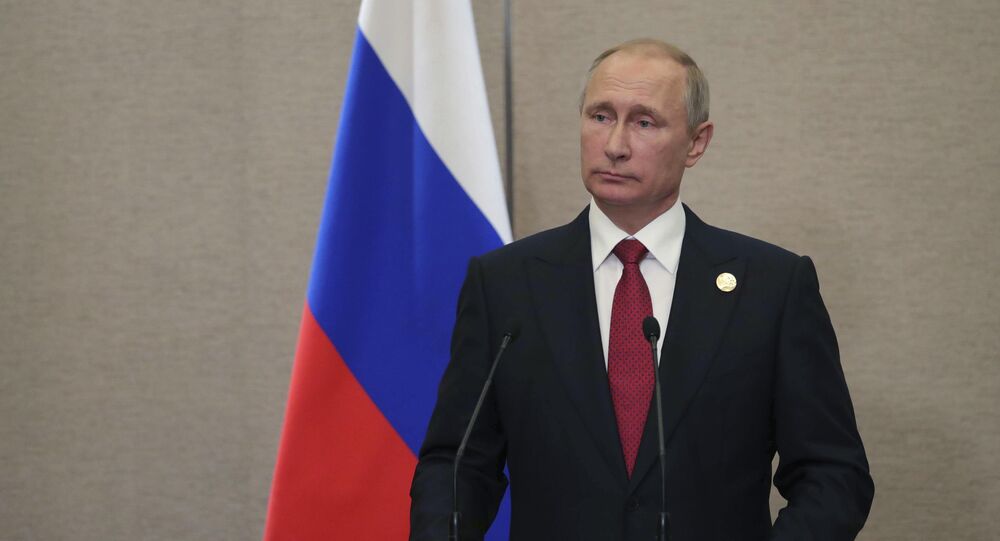 Russian President Vladimir Putin has said that Moscow is concerned with North Korea's continuing nuclear tests but noted that "belligerent rhetoric" surrounding the problem may lead to unwanted escalation, calling on the parties to hold direct talks.

MOSCOW (Sputnik) – Delivering a speech at a plenary session of the Russian Energy Week forum on Wednesday, Putin said that Moscow is more concerned about the DPRK nuclear problem than the United States because Russia and North Korea have a shared border.

“The nuclear test range is located on the Korean territory, 200 kilometers away from the Russian border … This concerns us no less than you [the United States], even more,” Putin said.

The president went on by stating that belligerent rhetoric around the North Korean nuclear and missile issue is unacceptable as it is unknown whether a disarming strike would hit the target, Russian President Vladimir Putin said Wednesday.

"This belligerent rhetoric, it is dangerous. Let's be frank. Is it possible to deliver a global disarming strike? Yes. Will it reach the target? It is unknown. Because no one knows for sure where and what they have there (North Korea)… This is a closed country," Putin said, noting that those who try to talk to Pyongyang from a position of strength only consolidate the North Korean regime.

© REUTERS / KCNA
‘Will for Revenge': North Korea Threatens to Shoot Down US Planes Violating its Airspace
Putin added that the intensity of the rhetoric regarding the Korean peninsula issue should be reduced by all sides, it is important to look for ways to conduct direct dialogue between North Korea and the United States.

Putin also said Russia has almost no trade and economic relations with North Korea, there are no oil supply routes, he added. According to the Russian president, the country supplies some 40,000 tonnes of oil per quarter.

"As far as our trade and economic relations go, I said this recently very publicly – they are almost non-existent," Putin said at the Russian Energy Week. "This is nothing. There is no route there."

The situation on the Korean Peninsula has become aggravated due to Pyongyang's missile launches and nuclear tests. The most recent one was conducted on September 15, when North Korea launched a ballistic missile, which flew over Japan before falling into the northern Pacific some 20 minutes after the launch.