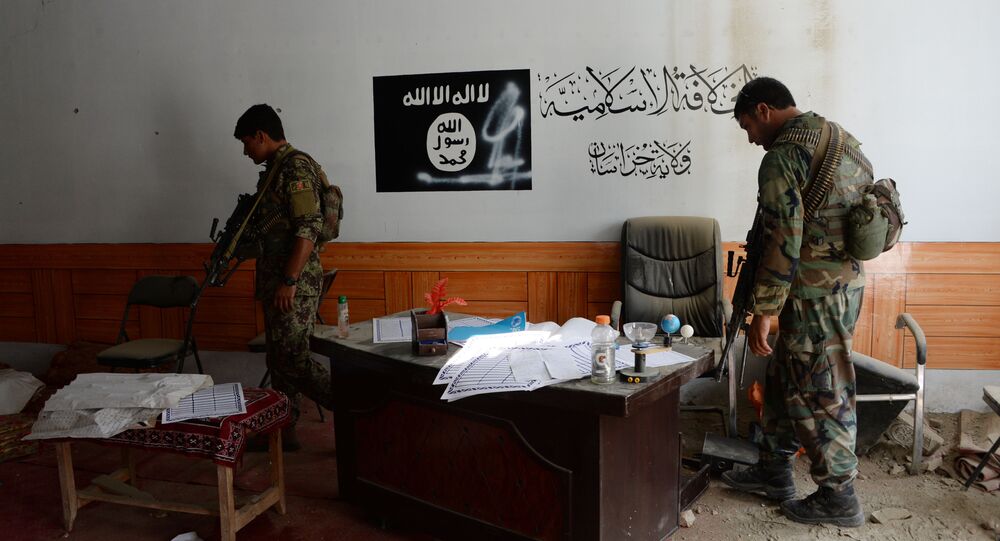 Russian Federal Security Service (FSB) Director Alexander Bortnikov has said that the internationally condemned extremist group Daesh has given up the idea of establishing a caliphate in the Middle East and now is trying to create a global terrorist network using their foothold in Afghanistan to plot attacks in many states, including Russia.

KRASNODAR (Russia) (Sputnik) — Militants of the Daesh terrorist group, outlawed in Russia, are using their foothold in Afghanistan for making their way into Russia, China, Iran, India and other countries in Central Asia, Bortnikov said Wednesday.

"The bandits are most actively moving [from Syria and Iraq] to the territory of Afghanistan, where Daesh positions have already been established, from where they receive the opportunity to infiltrate into Central Asia, Iran, China, and India. Using the Afghan foothold, the terrorists are also attempting to carry out attacks against Russia," Bortnikov said at a meeting of Russia's special services chiefs in the city of Krasnodar.

© REUTERS / Kevin Lamarque
Trump: 'I Have No Idea' If Vegas Killer Linked to Daesh, Despite FBI Statements There's No Connection
"The gang leaders established strong ties with major ethnic organized criminal groups, which supply them with arms, documents necessary for legalization, and support them in other ways," the FSB director said, adding that "the leaders of international terrorist structures are broadly using migration flows to achieve their goals, which makes it possible for militants and terrorists to enter target countries under the disguise of refugees or labor migrants with the borders being fully or partially open."

According to Bortnikov, international terrorist groups have given up the idea of establishing a caliphate in Syria and Iraq in the face of a total defeat and set the new goal of creating a global terror network.

"Having been virtually defeated in establishing a caliphate on the territory of Syria and Iraq, the leaders of Daesh and international terror organizations that joined it set a new global goal of creating a worldwide terror network," the security official said.

© AP Photo / Manish Swarup
India Tells US it Will Not Deploy Troops in Afghanistan
Daesh terrorists have turned their eyes on Afghanistan since they've started to lose positions in Syria and Iraq. Daesh has been beefing up its forces in Afghanistan where the Mother of All Bombs dropped by the Americans on underground terrorist tunnels in Nangarhar province in April failed to justify the high hopes pinned on one of the deadliest non-nuclear weapons ever devised by man. In September, the US had to admit that Daesh militants were getting back to where the MOB was supposed to flush them out.

Afghanistan has long been suffering from unstable political, social and security situation due to the activity of terrorists, including those of Daesh and the Taliban organizations. The Afghan National Defense and Security Forces, supported by the US-led coalition, are currently conducting joint offensive operations to combat terrorism across the country.