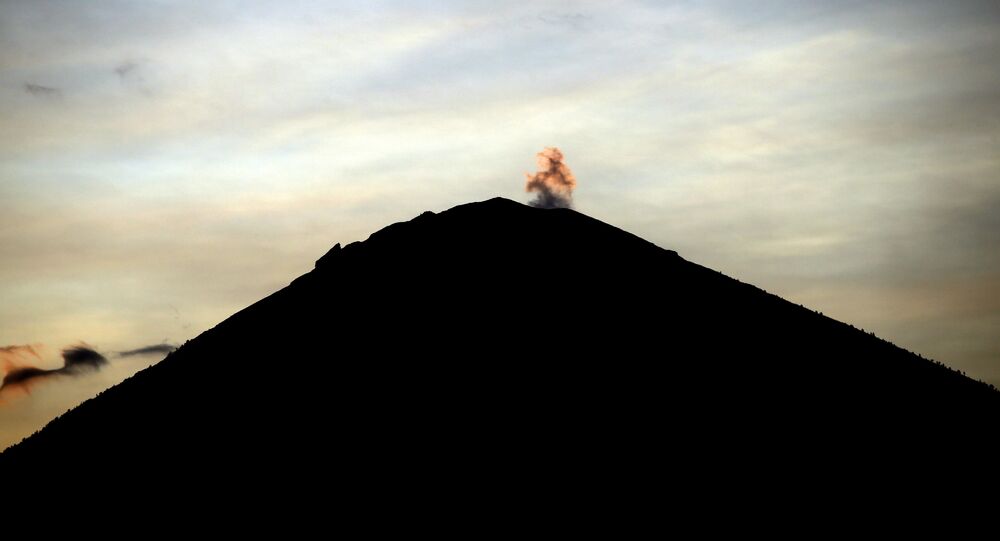 Speaking to God often drives people to do good. A group of Indonesian priests decided to defy the eruption warnings and climb the smoldering Mount Agung in a bid to make offerings and protect their compatriots from the looming natural disaster.

Fairfax Media quoted one of the priests as saying that a "god spoke to him" when he was staying in an evacuation center last week.

Jero Mangku Ada said that they "were not there to pose or be daredevils," and that they "had already evacuated as per the instruction of the government."

"But I was requested to make an offering and I did just that because I want the people of Bali to be safe. If I was not told to go up there by something higher up than the government I would not have gone up there," he said.

The priests trekking to Mount Agung prompted Balinese authorities to issue a warning that all those who visit the peak of this mountain are putting lives at risk.

Footage has emerged of Indonesian priests making an offering at the top of Mount Agung's peak ahead of eruption threat. #7News pic.twitter.com/MSErDIGYSX

Local police, meanwhile, said that they would not arrest the priests because they had not committed an actual crime.

© REUTERS / Antara Foto
Duck and Cover: Bali Volcano Eruption Threat Spills Into Twitter
More than 34,000 people have already fled the areas close to Mount Agung on the island of Bali in fear of an imminent eruption, its first in over 50 years.

The volcano, which is located about 50 miles (75 kilometers) from Kuta, a popular tourist destination, has been rumbling since August. Over 1,000 people died in Mount Agung's last eruption in 1963.