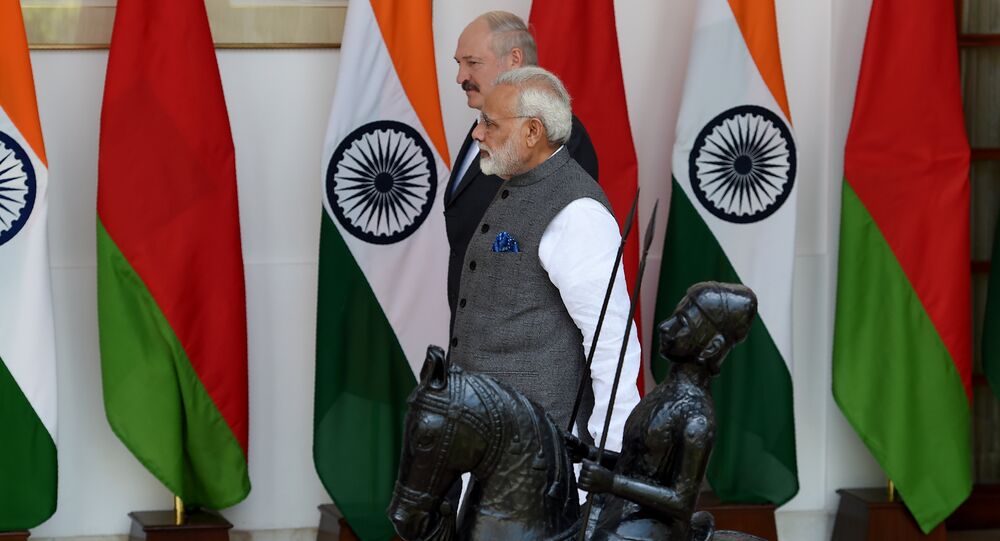 With India eyeing a Free Trade Agreement (FTA) with the Eurasian Economic Union, the investment treaty with Belarus is expected to act as a strategic initiative in this direction.

NEW DELHI (Sputnik) — Paving the way for major outbound and inbound investments with the Eurasian zone, the Indian government has given its approval for the signing and ratification of a Bilateral Investment Treaty (BIT) with Belarus. The approval comes close on the heels of Belarusian President Alexander Lukashenko's visit to New Delhi earlier this month. President Lukashenko's visit was marked by an agreement between the two countries on joint development and manufacturing in the defense sector under the Make in India program.

"The Bilateral Investment Treaty (BIT) is likely to increase investment flows between the two countries. The agreement is expected to improve the confidence of investors resulting in an increase in FDI and Overseas Director Investment (ODI) opportunities and this will have a positive impact on employment generation," a note of the Indian cabinet reads.

The Indian government expects the treaty to work as a strategic initiative as Belarus is a member of the Eurasian Economic Union (EAEU). India has already initiated the drafting of the text for a similar treaty with the Kyrgyz Republic and is in talks with the Russian Federation for a new bilateral investment treaty based on the Model BIT text.

India and Belarus have also initiated several steps to boost investment in oil and natural gas sector. A memorandum of understanding signed by the two sides during President Lukashenko's visit to New Delhi says both the nations would expedite investment in upstream and downstream activities, capacity building, and technology transfer.

In the last few years, Belarus has displayed keenness in exporting defense equipment to Pakistan, China and East Asian nations like Vietnam.  As three-fourths of Indian defense equipment are of Soviet origin, and the Belarusian defense industry has developed a high level of skill in maintaining and upgrading Soviet-era equipment, it hopes to get big businesses from India.