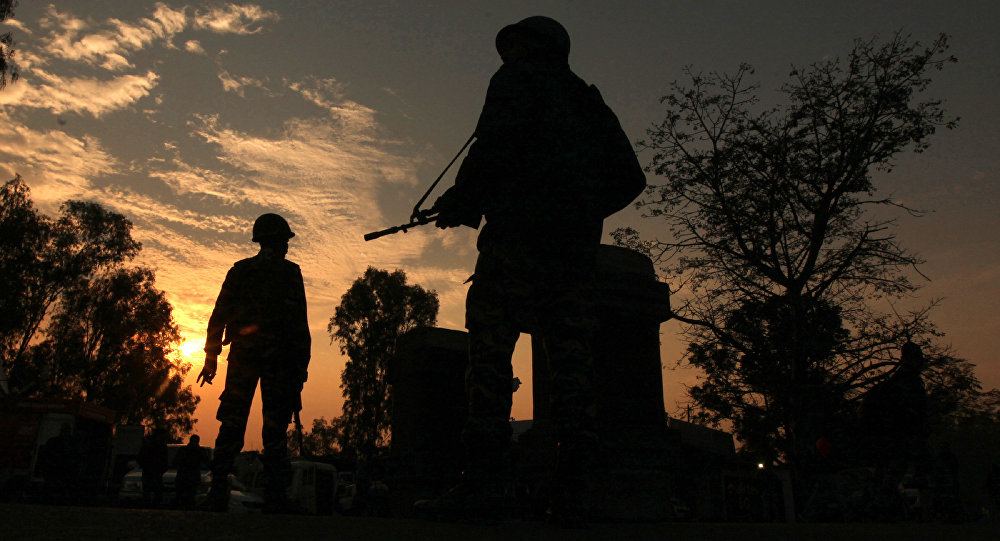 India has deployed an infantry division to a potential flashpoint to guard against any provocation from its neighbor Pakistan and has again warned its ‘adversary’ against aiding terrorists to cross the Line of Control.

New Delhi (Sputnik) – In the midst of heightened tensions between India and Pakistan over the possibility of India launching a “limited war,” India has revived its decades-old combat division comprising tanks and armored vehicles near the historically significant Akhnoor sector in Jammu and Kashmir.

The division is mandated to counter any action of Pakistani troops in the Chamb-Jaurian sector – the area where the 1971 war between the two countries broke out.

The 10th Infantry Division of the Indian Army, which is now being converted into RAPID (Reorganized Army Plains Infantry Division), will hold around 100 T-72 tanks and the same number of Russian made mechanized armored vehicles.

Meanwhile, the Indian Army has once again warned Pakistan that it should stop helping terrorists across the Line of Control (de facto border). "The surgical strikes were a message we wanted to communicate. I think they have understood. If the adversary does not behave, and it is required, we can conduct such operations again. We can repeat them, if not in the same form and shape," said Gen Bipin Rawat.

Pakistan, on the other hand, continued to accuse India of unprovoked firing. Pakistani newspaper ‘The Nation’ reported on Monday that Islamabad had contacted Washington, Beijing, Moscow, and London to raise the issue of unprovoked firing at the border by India. “We have urged them to ask India to give up defiance. India is threatening a limited war which could be dangerous for the regional peace,” said a Pakistani official.

© Sputnik / Danish Ismail
India, Pakistan Agree to Exercise Restraint in Kashmir After Frequent Skirmishes
Last week, flaunting the country’s short-range nuclear weapons, Pakistani Prime Minister Shahid Khaqan Abbasi said that Islamabad can use nuclear weapons to thwart any Indian attempt to enter Pakistani territory. “We have developed short-range nuclear weapons as a counter to the ‘Cold Start’ doctrine that India has developed,” Abbassi said. The Cold Start doctrine is considered as a retaliatory offensive arrangement along the western border, through which Indian armed forces can hit specific targets for a limited duration.

India’s Cold Start doctrine had been on the backburner for many years; however, General Bipin Rawat opened the discussion on reviving the doctrine soon after taking charge as chief of the Indian Army in the beginning of 2017.