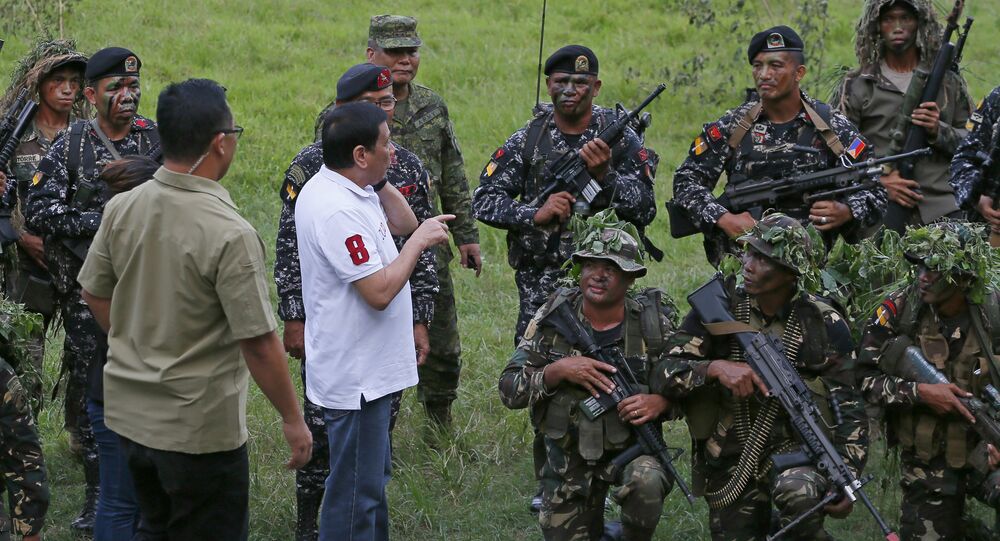 ​According to Dagoy, an investigation has been initiated in connection with the incident. The commander refused to speculate whether that was an accident or suicide, ruling out "foul play."

"One of my soldiers, an officer, Major Harim Gonzaga was found dead, when his wife was coming from her office. When she arrived in the quarters [of the security], she found her husband lying dead," Dagoy told reporters, adding that the body had a bullet hole near his heart, as broadcast by CNN Philippines.

Earlier in the day, media reported about a shooting incident in Malacanang Park in Manila near the presidential palace.