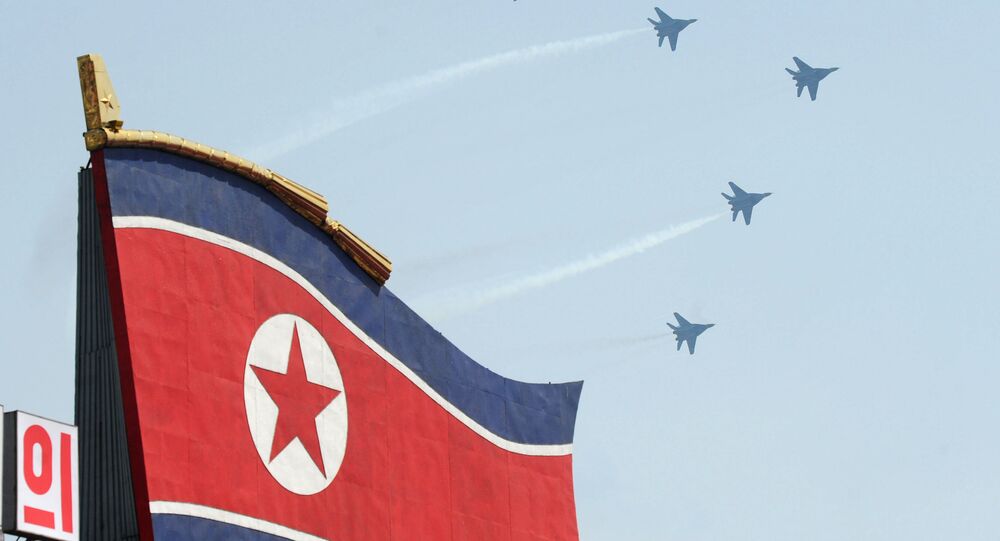 North Korea is reportedly sending military jets to the east of the country in the wake of US strategic bombers flying over the area last week.

South Korea's Yonhap News Agency quoted the country's National Intelligence Service (NIS) report as saying that Pyongyang is also boosting its defenses in the east of the country after the US bombers' flyover.

The statement came hours after North Korean Foreign Minister Ri Yong Ho said that the DPRK has every right to "take countermeasures against the United States, including shooting down American strategic bombers outside the DPRK's airspace, as Donald Trump declared war" on North Korea.

Last Sunday, the US bombers flew in international airspace off the North Korean eastern coast. This military muscle-flexing was aimed to demonstrate the range of US military options available to Donald Trump, Chief Pentagon spokeswoman Dana White said in a statement.

The spokesperson added that the flights were the farthest north of the Demilitarized Zone any US fighter or bomber had conducted in the 21st century.

This step was taken as a response to the earthquake that hit North Korea earlier in the day that was thought to be connected with nuclear tests.

China's Earthquake Networks Center (CENC) said that it detected a 3.4-magnitude earthquake in the northeastern part of North Korea, near the epicenter of the shallow quake caused by Pyongyang's nuclear test on September 3. The seismologists added that the quake's depth was zero kilometers, noting that the earthquake could be caused by a "suspected explosion."

US President Donald Trump said during his recent rally in Alabama that North Korean leader Kim Jong-un should have been handled a long time ago for his nuclear weapons activities.

Technically, the United States and North Korea are still in a state of war which was unleashed in 1947. On July 27, 1953 the two nations signed an armistice to cease hostilities until a peaceful solution could be reached.