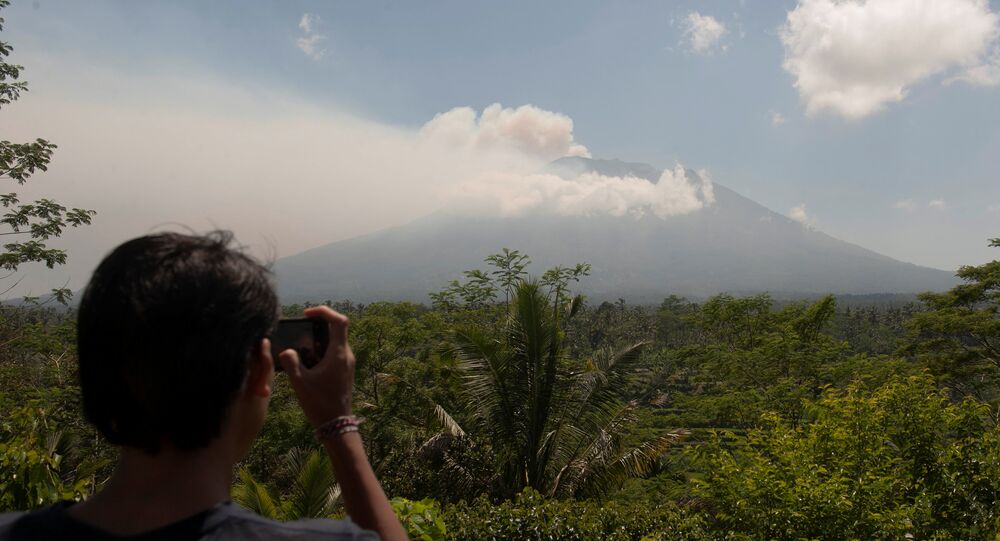 "No one can predict when [eruption will occur] exactly. But for now, we can say all measuring instruments show there is growing pressure towards the surface," BNPB spokesman Sutopo Purwo Nugroho said, as quoted by the media.

​On Friday, the BNPB raised the volcano alert for the island's highest mountain, Mount Agung, to Category 4, the highest level of alert warning that an eruption could be "imminent." Nearly 48,000 villagers residing next to the mountain have been evacuated.