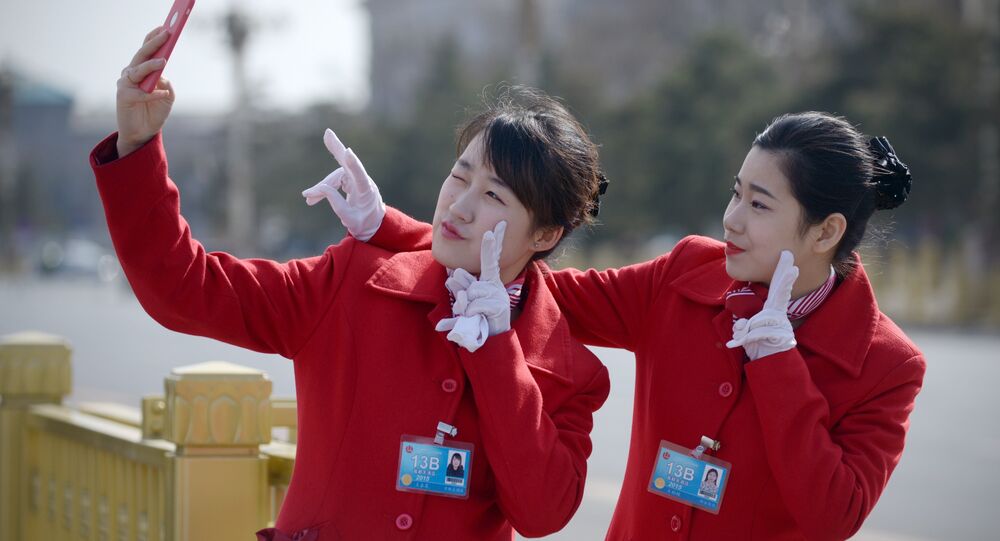 While more and more people worldwide stare at their smartphones all day long, the Chinese's obsession with new apps and social media updates overcomes any imaginable boundaries.

The Chinese have wasted 39.8 billion hours on social networks in the first half of 2017, China Daily reported, citing US professor of communication James E. Katz.

This equals the time needed to build 109 pyramids, the expert stated during a forum on media innovation in Beijing.

Most people look at their smartphones immediately after they wake up in the morning. They also constantly check for messages, emails and news, whether they're in a business meeting or at a party with a friend.

The lack of leisure activities is one of the main reasons for Chinese people's smartphone addiction, Chinese psychological expert Zhu Yanshao said in an interview with the Global Times.

Pixabay
Chinese Spend 3 Hours a Day on Their Smartphones, Ranking 2nd in the World - Survey
Offline activities in China, such as sports, travel, art shows and reading are not as popular as they are in other countries and regions.

The vast majority of China's young population spends most of its time surfing the internet, which is why China has turned into a major digital country, having over 700 million internet users and over 5 million web platforms, Yanshao concluded.