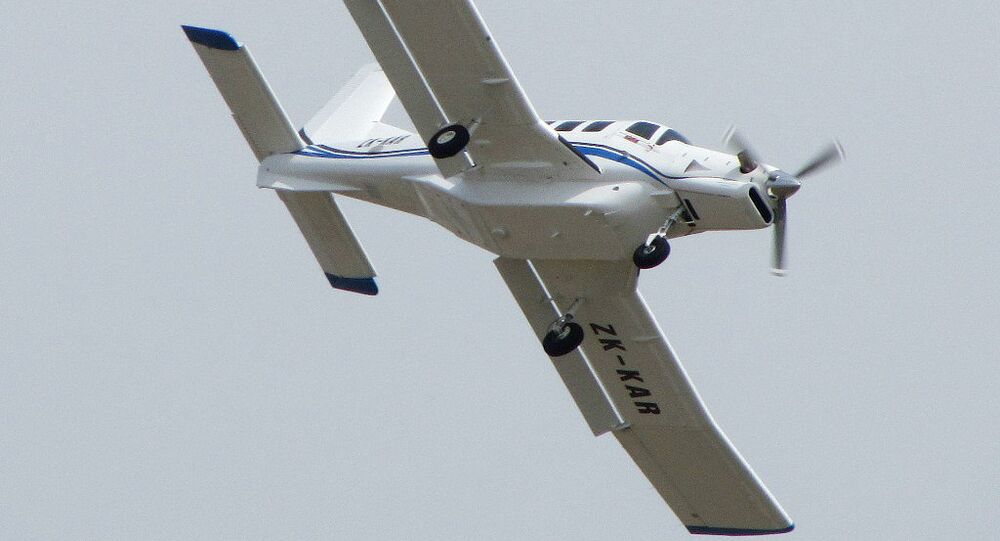 Chinese engineers have converted a New Zealand-made utility plane into the world's first large transport drone for an express delivery company. It is a notable step ahead from the small and low-speed drones currently used by international giants such as Amazon and DHL.

The drone, a refitted PAC P-750 XSTOL turboprop built by New Zealand's Pacific Aerospace, is currently undergoing taxiing tests and is expected to make its maiden flight in October.

"Once flight-tests are finished, the aircraft will be the world's first large transport drone for commercial use," Chen Xiang, a senior designer involved in the project, told China Daily in an exclusive interview on Monday.

The cargo drone, which is being produced for SF Express, the country’s second-largest delivery company after China Post, will be put into commercial operation following a series of technological demonstrations and certification by civil aviation authorities.

YouTube/World of Weapon
China’s New Drone-Missile Hybrid Can Fly Under Radar
Drones are already being used by major international courier firms, but they are small and can’t compete with the Chinese model for speed and carrying capacity, Chen said during the interview taken on the sidelines of a civil-military integration development expo in Beijing.

"The reason we lead in this field is because China is leading in e-commerce, thus needs such drones more urgently," he added.

To carry out the refit, engineers from several institutes such as the Institute of Engineering Thermophysics of the Chinese Academy of Sciences and the AVIC Xi'an institute replaced the pilot's instruments in the cockpit with ground-control and automated flight devices.

The drone now has a maximum takeoff weight of 3.4 metric tons, a carrying capacity of one ton and a flight range of more than 2,000 kilometers (over 1,240 miles).

© AP Photo / Ng Han Guan
China Successfully Tests Wing Loong II Drone
Chen said that future models will also be based on utility aircraft with a takeoff weight of three to five tons and will likely be able to “conduct an automated takeoff, cruising flight and landing with no manual manipulation."

Freight drones will be 30 percent cheaper to operate than conventional manned cargo planes and can be used for time-sensitive deliveries, such as fresh food and medical supplies.