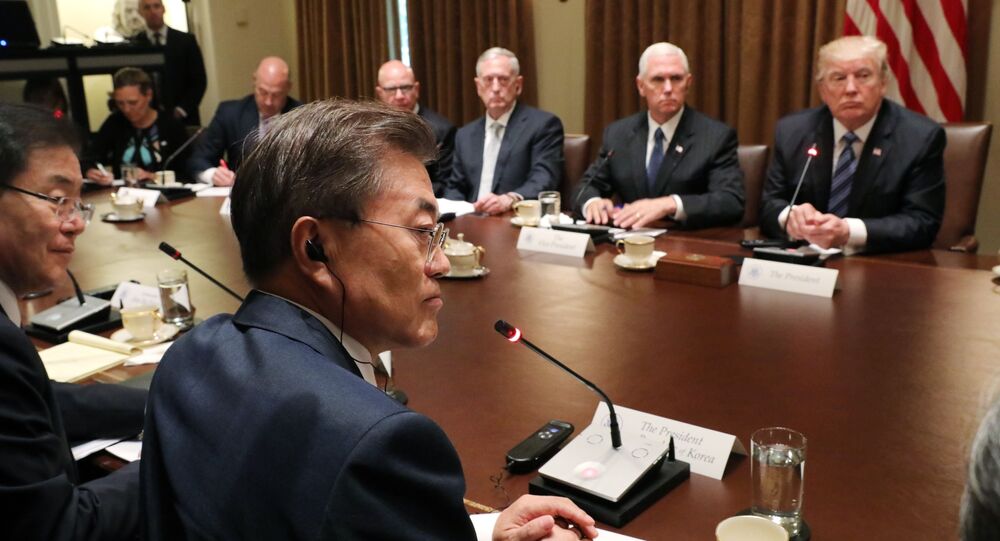 US President Donald Trump and South Korean President Moon Jae-in agreed to deploy US strategic assets in and around South Korea on a rotational basis to tackle the North Korean threat.

WASHINGTON (Sputnik) — US President Donald Trump and South Korean President Moon Jae-in, during a meeting on the sidelines of the United Nations General Assembly on Thursday, agreed to deploy US strategic assets in South Korea as a way to counter the North Korean threat, the White House said in a press release.

"They also agreed to the enhanced deployment of US strategic assets in and around South Korea on a rotational basis," the release stated on Friday.

© AFP 2021 / Britta Pedersen / dpa
Trump: 'Madman Kim Jong-un Will Be Tested Like Never Before'
Earlier in the day US State Secretary Rex Tillerson stated that the United States would continue diplomatic efforts to resolve the North Korea crisis, but is not ruling out military options.

North Korea was quick to announce that it may conduct another hydrogen bomb test in the Pacific. Kim accused Trump of exhibiting "mentally deranged behavior" and threatened him with a harsh response.