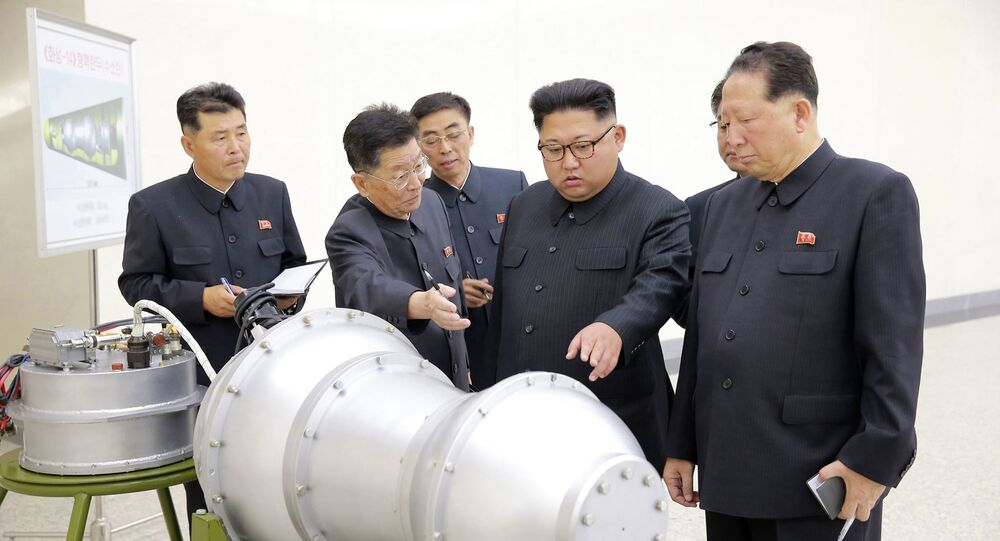 In the event of North Korea deciding to test a hydrogen bomb over the Pacific Ocean, Tokyo is not ruling out the possibility that it could be delivered by a ballistic missile flying over Japanese territory, Defense Minister Itsunori Onodera told a news conference on Friday.

"We cannot deny the possibility it may fly over our country," Onodera said.

He added that in view of its recent advances in missile technology development, Pyongyang might conduct an H-bomb test using a medium-range or intercontinental ballistic missile.

Mr. Onodera’s statement came just hours after North Korea’s  Foreign Minister Ri Yong-ho told reporters at the UN that Pyongyang was considering the possibility of testing a powerful hydrogen bomb over the Pacific as an answer to what he deemed “aggressive US policy.”

© CC0 / NNSA / Nevada Site Office / The BADGER explosion
'Juche Justice': North Korea Threatens to Unleash Armageddon on Japan
Ri added, however, that any potential action would have to be approved by the country’s leader Kim Jong-un.

Tensions on the divided Korean peninsula remain high due to Pyongyang's repeated missile and nuclear tests on the one hand, and South Korea's joint drills with the United States and deployment of US weapons on its soil, on the other.

On August 29 and September 15, it launched two more missiles that flew over Japan while on September 3, it announced a successful test of a hydrogen device that may be used as a ballistic missile warhead.