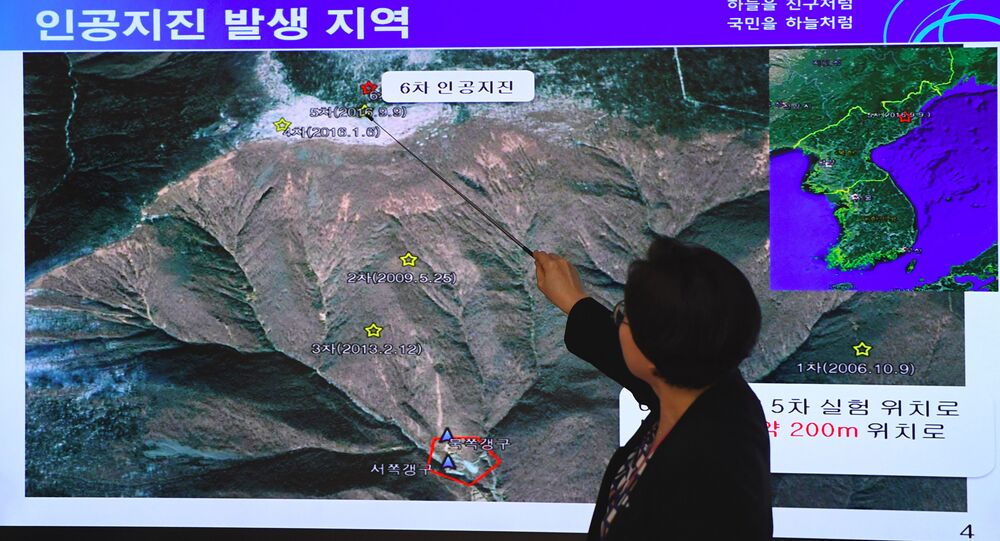 The Yonhap news agency reported Friday that the South Korean chief envoy on the North Korean nuclear issue promised to consider toughening sanctions against the North.

"[South Korea] will put the priority on UNSC sanctions, but will also review whether there would be any measures to supplement them… Basically, unilateral sanctions get to cover up holes left by UNSC sanctions and there's a need to study what measures would be possible," Lee said, as quoted by the Yonhap news agency.

He pointed out that he would seek tangible progress on the issue and search for measures, which would be supported by a vast majority of people.

"Time is running out as North Korea is nearing the final stages of the completion of its nuclear development as it claims," the diplomat said.

Earlier in the day, North Korean leader Kim Jong Un issued a statement, warning the United States of the "highest level of hard-line countermeasure in history" in response to US president Donald Trump’s recent threats of a total destruction of the country. North Korean Foreign Minister Ri Yong Ho has suggested that the nation’s leader might be mulling a hydrogen bomb test in the Pacific.

North Korea May Blow Up Hydrogen Bomb in Pacific