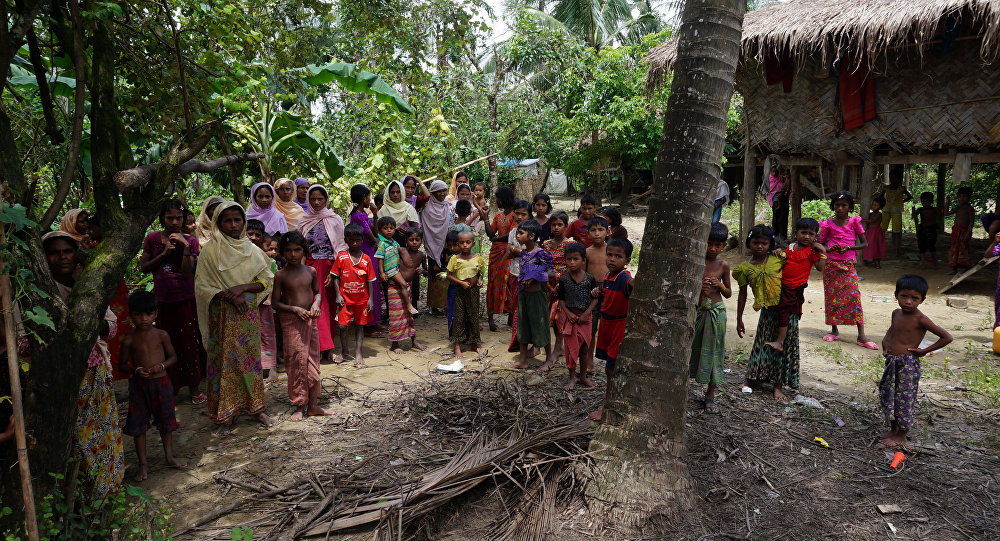 Iran has sent its first aid shipment for Rohingya refugees and wants to increase its humanitarian assistance in the ongoing crisis in Myanmar. At the same time, the Iranian government is also considering a political strategy to stop what UN Commissioner for Human Rights Zeid Ra’ad Al Hussein denounced as a "textbook example of ethnic cleansing."

Tehran is also in talks with the Myanmar authorities on an additional humanitarian delivery for Rohingya people in Myanmar proper and on the transportation of wounded Rohingya for treatment to Iranian hospitals.

Commenting on Tehran’s humanitarian efforts, Afghahi noted that Iran was one of the first  member-states of the Organization of Islamic Cooperation to come to help amid the ongoing  crisis in Myanmar affecting the Rohingya Muslim minority.

"The first aid shipment, including food supplies, medicines and living essentials, has already been dispatched to Bangladesh. Moreover, Iran sent its diplomats and doctors from the Red Crescent humanitarian organization, which was authorized by the government of Bangladesh," the expert said.

© AP Photo / Petr David Josek
Iranian Foreign Minister Urges UN to Stop Violence Against Rohingya Muslims in Myanmar
The diplomats and doctors are expected to set up a mobile hospital on the site.

"I hope that Iran will be able to reach a deal with the Myanmar government on the issue. Tehran also expects assistance from the Organization of Islamic Cooperation. Finally, Iran expects positive results from the 72nd UN General Assembly (UNGA) in New York City, including the involvement of other nations in providing humanitarian aid to Rohingya Muslims," the diplomat said.

Furthermore, Iran has started a political initiative. Iranian Supreme Leader Ali Khamenei has proposed two strategies to resolve the crisis. A session involving the members of the Organization of Islamic Cooperation and possible other countries is expected during the 72nd UNGA. The meeting initiated by Iranian President Hassan Rouhani will consider two approaches towards the Myanmar crisis.

"The first one is economic pressure over the Myanmar government. The second is collective political pressure, including downgrading diplomatic ties with Myanmar as a country that violates international law and acts against UN resolutions," Afghahi said.

The recent operation by Myanmar’s military and security forces was launched following an attack by Muslim insurgents of Rohingya origin on security posts in Rakhine State on August 25. The attacks prompted a brutal response from the authorities. Hundreds of people have died in the continuing clashes, while thousands have been forced to flee.

This is just the latest upsurge in a conflict going back a century. In 1982, the country’s Nationality Law was introduced and since then Rohingya have been denied citizenship. The current flare up escalated in 2011 and hit its peak in 2012 when thousands of Muslims sought asylum in special refugee camps on the country's territory or fled to Bangladesh. Another escalation in the feud took place in 2016.

According to the UN’s refugee agency since August 25, the number of Rohingya refugees has already reached 412,000.

Moscow Calls for Refraining From Interfering in Myanmar Internal Affairs