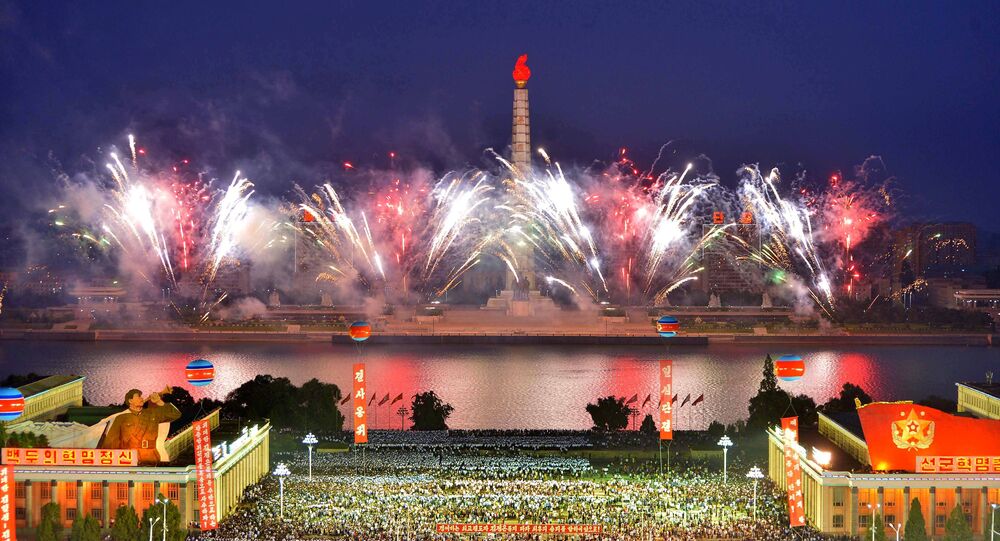 According to a statement issued by the Russian delegation at the 10th CTBT conference, North Korea's nuclear tests undermine international efforts on the implementation of the Comprehensive Nuclear-Test-Ban Treaty.

MOSCOW (Sputnik) — North Korean nuclear tests undermine international efforts aimed at the speedy launch of the Comprehensive Nuclear-Test-Ban Treaty (CTBT), which is why Moscow has called on all involved parties to resume the negotiation process in order to reduce tensions on the Korean Peninsula, the Russian delegation said in a statement at the 10th CTBT conference.

The conference was held in New York on Wednesday.

"The ongoing nuclear tests by North Korea, including the latest one in September, significantly undermine the efforts of our countries to quickly launch CTBT. We strongly condemn such actions of Pyongyang," the statement published by the Russian Foreign Ministry said.

The Russian delegation noted the need to refrain from any steps that would only exacerbate the situation in Northeast Asia.

"We call on the sides to return to dialogue and negotiations which is the only way to comprehensively settle problems on the Korean Peninsula, including the nuclear one. Russia is ready for joint efforts in this direction, including on the basis of the implementation of the Russian-Chinese joint initiative for a peaceful settlement of the situation on the Korean Peninsula," the statement said.

Tensions on the Korean Peninsula have been especially high over recent months due to Pyongyang's repeated missile and nuclear tests, all carried out in violation of UNSC resolutions.

© AP Photo / Ahn Young-joon
'Rocket Man's' Revenge: N Korean FM Slams Trump's Threat as 'Dog Barking'
In June, China proposed a crisis settlement roadmap referred to as the "double freeze" plan. The initiative provides for the simultaneous cessation of North Korea's nuclear activity and the US-South Korean military exercises. While supported by Russia, the plan has been rejected by the United States as "insulting." North Korea has not issued an official response so far.

The CTBT was finalized in 1996 and has been signed by 183 countries, and ratified by 166. The United States is one of the countries that has yet to ratify the accord. To enter into force, the CTBT requires ratification by all 44 states listed in the annex. At present, the treaty is ratified by 36 countries from the annex, including three nuclear weapons possessor states — Russia, France and the United Kingdom.