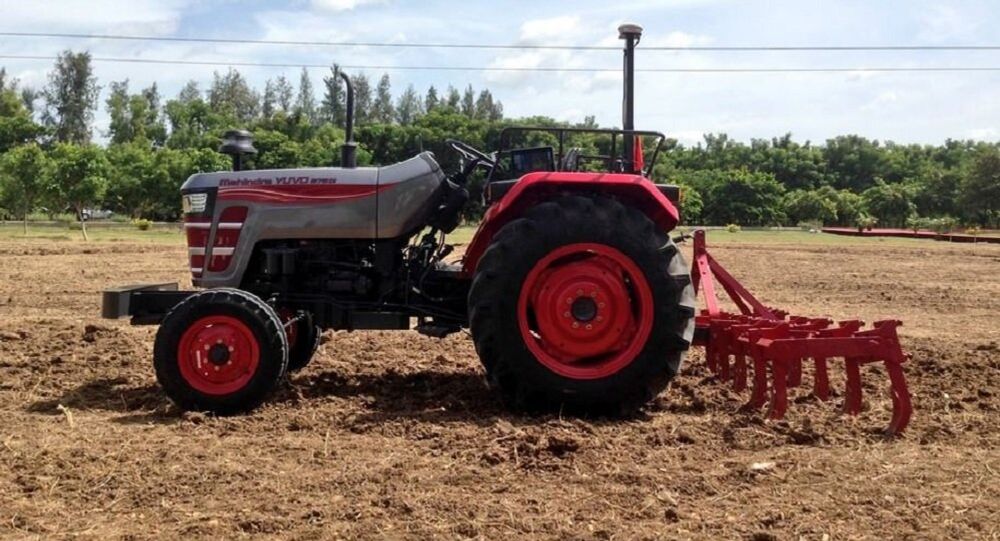 The soon-to-be-launched driverless tractors are expected to bring about a revolution in India’s otherwise labor-intensive farming sector that has been grappling with a new challenge – rural exodus.

"Today the need for farm mechanization is higher than ever before, due to the labor shortage and the need to improve productivity and farm produce yield," Rajesh Jejurikar, President, Farm Equipment Sector, M&M said.

The wait is over! Mahindra launches the first ever #DriverlessTractor technology in #India. #TechnologySeTarakki pic.twitter.com/xalVLkxM14

​The company has also claimed that the tractor will be an effective cost-cutting factor in farming as it will not only eliminate the cost of extra labor but the tractor itself will come at a price 20% lower than that of conventional tractors. However, the company is under immense pressure to further cut down the cost as a Japanese counterpart is planning to roll out similar equipment at a cost 50 percent lower than that of a normal tractor.

"Currently, it has a lot of imported components. Unless we increase the local content, we cannot meet the cost target. Our primary objective is to serve below 150 HP and those having under 50 hectares of land so that we can roll it out at a price which the farmers can pay," Pawan Goenka, managing director, M&M said.

However, a section of farm experts says that the technology will prove more harmful than useful for India's agricultural sector that not only provides the livelihood for farmers but also to hundreds and thousands of landless farm laborers.

"This is a disruptive technology which has the potential to harm the rural economy. We have a large number of drivers which support in buoyancy of rural economy. The driverless tractor will cut a large number of such jobs in the rural economy which will ultimately impact the rural sector. The government should not permit such technology in India especially when there is huge unemployment. The driverless car will enhance the growth of the manufacturers but harm the farm economy," agriculture expert Devendra Sharma told Sputnik.

Nevertheless, M&M is also eyeing the global market such as USA and Japan that have already absorbed such technology for sustainable food production. In the US, companies like John Deere, AGCO and others have been working on technologies that can send tractors on pre-programmed routes. A report suggests that the global market for driverless tractors will reach up to $31 billion by 2024.