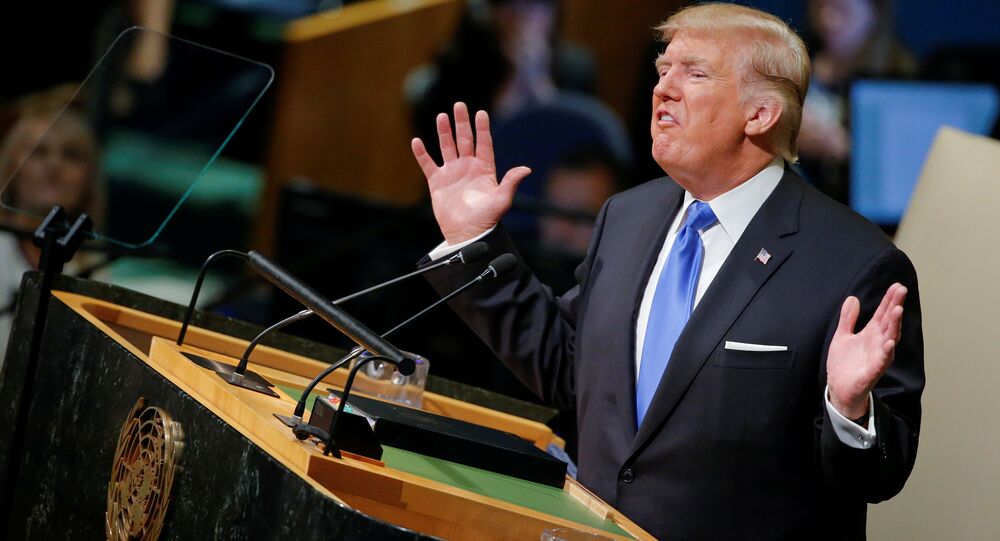 Beijing has repeatedly urged Washington to decrease its hostile tone toward North Korea, claiming that the US' antagonistic policies will only drive the Democratic People's Republic of Korea to pursue more dangerous endeavors.

An English-language edition of China's People's Daily newspaper highlighted in an op-ed that "Trump's political chest-thumping is unhelpful, and it will only push the DPRK to pursue even riskier policies, because the survival of the regime is at stake."

"It is time for the US to realize that irresponsible words and actions are backing the DPRK into a corner with no way out, and it would be a tragedy if Trump's risky game of chicken with the DPRK crosses the point of no return," the editorial went on to state.

"The [Korean] Peninsula situation is still in a complex and sensitive state," Kang said. "We hope that relevant parties could maintain restraint while completing United Nations Security Council resolutions, and take more correct actions which are helpful in easing the situation."

China is North Korea's only significant ally, and 80 percent of North Korea's foreign trade is with its northern neighbor. In his speech, Trump also indirectly rebuked China and Russia for assisting North Korea with its missile program.

"It is an outrage that some nations would not only trade with such a regime, but would arm, supply and financially support a country that imperils the world with nuclear conflict," Trump said.

The People's Daily also stressed that China will not make North Korea's nuclear development its problem. "China is willing to play a responsible role as a major country, but will not shoulder the responsibility for the selfish interests of the US," it wrote in a recent commentary. Beijing has long advocated for talks between the US and North Korea leadership.

Although China is frustrated with Pyongyang, it does not believe that the economic sanctions enforced will halt the country's nuclear program, which the DPRK sees as its best way to protect itself from the US.

"The US makes a fetish of sanctions and pressure and frequently threaten military action," the People's Daily article scoffed.