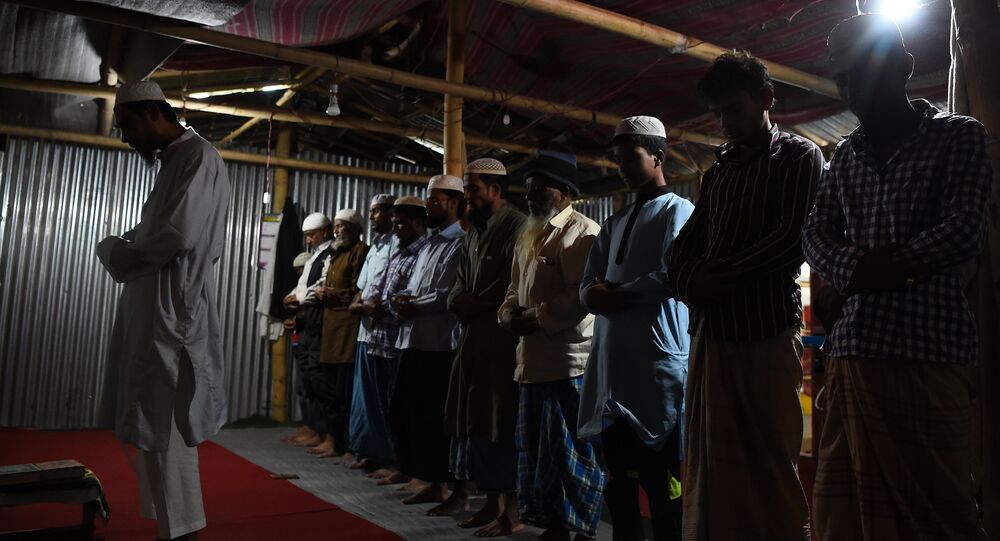 The Indian Minister’s statement comes in response to Pakistan-based terrorist Masood Azhar’s call for unity among Muslims of the world to launch Jihad (armed crusade) against Myanmar's government and other countries for persecuting Rohingyas.

New Delhi (Sputnik) — Reacting to the support coming for Rohingya Muslims from Pakistan based terror group Jaish-e-Mohammad chief Masood Azhar, an Indian Minister has said that Pakistan must give shelter to Rohingya refugees.

Minister of State for Micro, Small and Medium Enterprises, Giriraj Singh reiterated the Indian Government's stand that illegal Rohingya migrants are a threat to India's security and stability.

"If Masood Azhar has sympathy for the illegal Rohingya refugees then he must take away all of them to Pakistan and provide shelter. India is not going to accept these illegal migrants," Giriraj Singh told Sputnik.

"Government has given affidavit on Supreme Court clearing its stand on Rohingya Muslims but opposition parties have been putting pressure on the government to change their stand. But the government is sticking to its stand and there will no compromise on national interest," Giriraj Singh added further.

"It is because of the sacrifices of the Myanmar Muslims that the ummah is waking up and we are seeing this new awakening among the Muslims of the world. All Muslims of the world must unite and come forward in support of Muslim brothers," Masood Azhar said while threatening Myanmar.
There are almost 40,000 Rohingya Muslims living in various parts of India and the government wants to deport them due to their alleged links with Pakistani spy agency ISI and international terror outfits including Daesh.