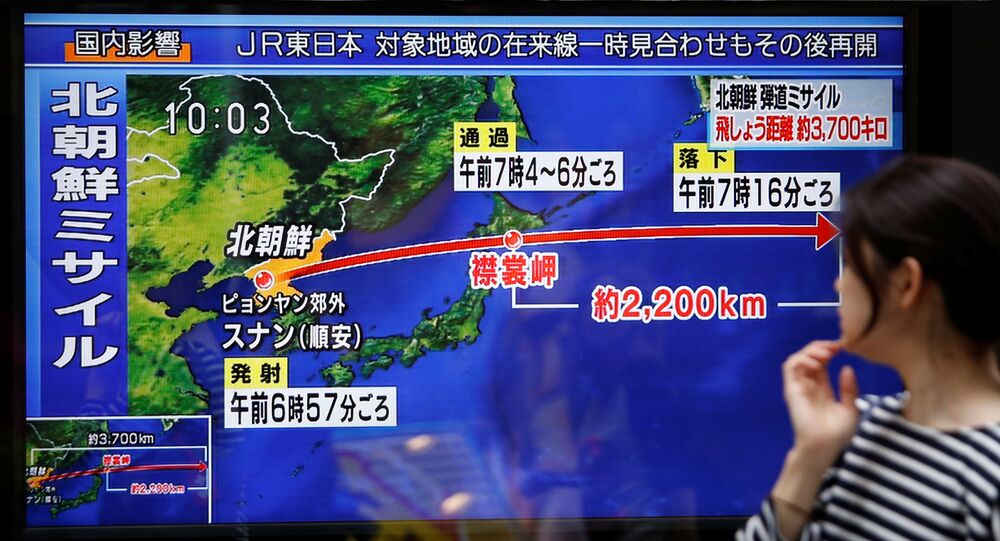 "[North Korea] has neared the final stage of securing ICBM capabilities," the Ministry said in a report to the country’s National Assembly, as quoted by Yonhap News Agency, adding that Pyongyang will carry on conducting missile launches and nuclear tests "to secure its nuclear capabilities."

© AP Photo / credited to AP
Black Market Bombsquad: How North Korea Gets Around UN Sanctions
According to the report, the Punggye-ri Nuclear Test Site (nuclear tests spot) in North Korea "remains ready for a [new] test," the agency added.

The recent missile test took place on Friday, when North Korea launched a ballistic missile which flew over Japan before falling into the northern Pacific some 20 minutes after the launch. According to the South Korean Joint Chiefs of Staff, the projectile flew a total of 3,700 kilometers (2,299 miles), reaching a maximum altitude of 770 kilometers.