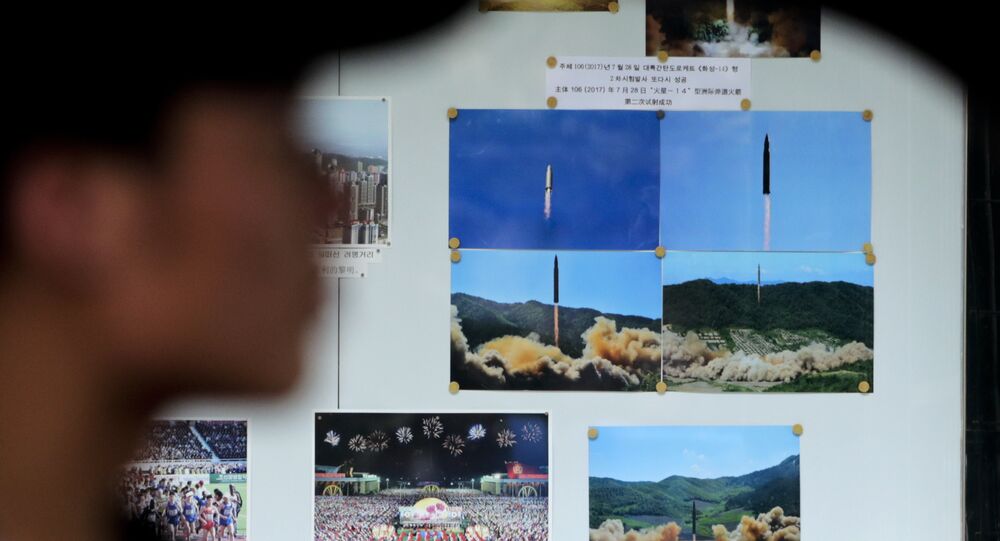 Japan, US and South Korea agreed to impose additional pressure on Pyongyang to change its policies.

TOKYO (Sputnik) — Seoul, Tokyo, and Washington agreed to step up cooperation to pressure Pyongyang to abandon its nuclear and weapons program, the Japanese Foreign Ministry said a statement obtained by Sputnik on Friday, hours after another North Korean missile launch over Japan.

The agreement has been reached in talks between the countries' special representatives for North Korea, Kenji Kanasugi, the director general of the Japanese ministry's Asian and Oceanian Affairs Bureau, Joseph Yun, the US State Department's deputy assistant secretary for Korea and Japan, and Kim Hong-kyun, the South Korean Foreign Ministry's special representative for Korean Peninsula Peace and Security Affairs.

"The parties have reached consensus on inadmissibility of the continued North Korean provocations and on the necessity to take strong measures over the latest [missile] launch. Above all, the parties agreed to closely cooperate in the formats: Japan-US, Japan-South Korea, Japan-US-South Korea, in order to impose pressure [on Pyongyang] of the new unprecedented level, as it is necessary to make North Korea change its policies," the statement said.

Minister Kang, in her turn, said the South Korean authorities would "continue to put pressure on North Korea and cooperate closely with Japan and the United States."