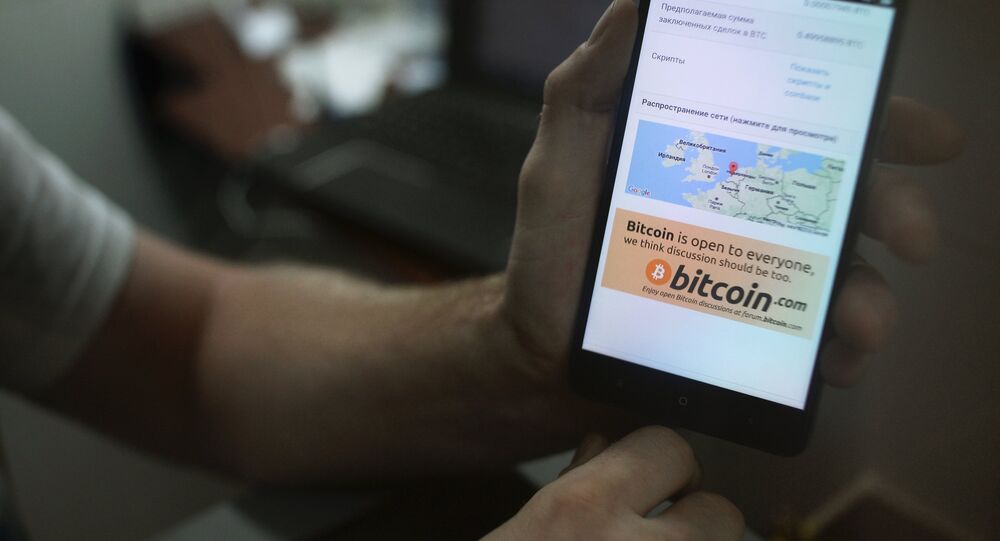 A group of experts is expected to soon submit their opinion to the regulator of the country's financial institutions.

NEW DELHI (Sputnik) — As investors across the world are moving towards Bitcoin — a stateless digital currency, India's central bank — Reserve Bank of India- has indicated that it is mulling a plan to launch its own cryptocurrency in the near future.

"Right now, we have a group of people who are looking at fiat cryptocurrency- something that is an alternative to the Indian rupee, so to speak. We are looking at that closely," Sudarshan Sen, RBI Executive Director, said.

However, the government of India has not officially made it clear to what extent it favors such an idea.

"We are not comfortable with non-fiat cryptocurrencies… like bitcoins. Fiat (cryptocurrencies) will be those (which are issued by) the Reserve Bank…which you can carry in the cyber space with you when you don't have to keep physical currency in your pocket," Sudarshan Sen, RBI Executive Director, said.

Earlier in May this year, Narendra Modi's government invited public suggestions for existing virtual currencies frameworks. The Reserve Bank of India had also cautioned the user's, holders and traders of virtual currencies (VCs), including Bitcoins, about the potential financial, operational, legal, customer-protection and security related risks associated with them. These could also be a hazard to India'a national security as well.